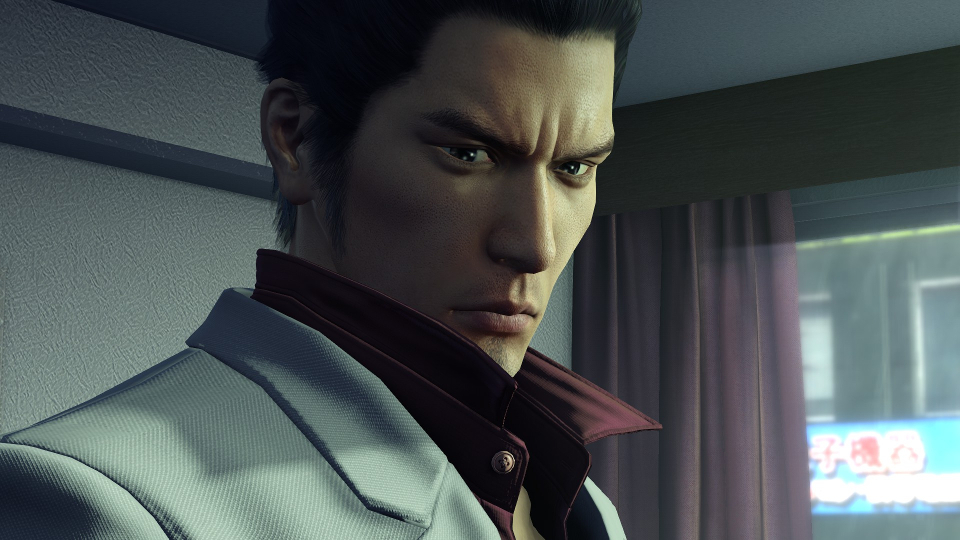 Here I go again, given yet another chance to champion one of my favourite gaming series. A staple of the PlayStation family, the Yakuza series leapt onto PC with last years Yakuza 0. Is Yakuza Kiwami enough to warrant another trip into the mad world of Japan?

I have to start by saying that you should play Yakuza 0 to get the most out of this game, due to it being a prequel. That being said Yakuza Kiwami is a remake of the first game, so you can jump in and not lose any connection to the story. It will also make going back to Yakuza 0 interesting with the knowledge you gain.

For the uninitiated, Yakuza Kiwami follows Kazuma Kiryu, a respected member of the Tojo clan. He takes the fall for a murder committed by his close friend. Once he fulfils his sentence he leaves prison to find his friend is now the leader of the Tojo clan and that their mutual friend has gone missing. He encounters a young girl named Haruka and learns the entire Yakuza clans are after her due to her potential involvement with a vast sum of money that was stolen from the Tojo clan. He vows to protect her and find his missing friend.

If this is your first time with the series, you are in for a treat. Yakuza boasts once of the greatest crime stories ever put in a game. It towers over Grand Theft Auto and The Getaway series by delivering a tense and impactful story. The stakes are real and the bonds both formed and shattered are gripping. Kazuma’s relationship with Haruka is truly one of the greatest relationships in gaming. For fans of The Wire, The Sopranos, The Godfather and other media of their ilk you are going to have a blast.

For those who only played the original title and not the PS4 remake there are extended sequences here and changes made to some of the more confusing plotlines that benefit the game in spades. If this sounds a little too dark and gritty for you, Yakuza has you covered. While the main quest-line is emotionally draining, the side content is full of humour and charm. These can range from stopping con-men, to helping jilted lovers, drunk homeless people and more. The stories are all either funny or slightly philosophical and break up the tension wonderfully.

As with all Yakuza titles, though, leaving the main quest for a while can be a bad idea, whether it’s to 100% the side content or to play other games. There are many characters and plotlines to keep track of and taking a 2 week break from the game, then jumping into a main mission can completely bewilder you. I’d advise playing it in as long chunks as you can and as frequently as possible to get the most out of the game. Also, as good as the side content is, it’s not as crazy as later titles so don’t expect the complete Yakuza madness.

The Yakuza series is a sandbox brawler. You fight using simple combos and environmental weapons to beat the hell out of your foes. Seriously, Kiryu just flattens his enemies. It’s fast, flashy and most importantly, satisfying. You will never tire of wrapping a bicycle around someone’s head. It’s not that challenging on normal difficulty but higher difficulties can be brutal. The side quests can have you fighting multiple opponents or doing several fetch quests. They are all varied and some even have unique dialogue choices.

Outside of the actual quests there are tons of activities to engross yourself in. Karaoke, SEGA arcade games, RC racing and hostess bars are just a few of the activities you can do in the game and they aren’t just little mini-games. The Yakuza series goes deep into it’s side content and everything has it’s own fully fledged systems and story-lines. You’ll want to do everything this game has to offer.

New to Yakuza Kiwami is the “Majima Anywhere” system. Goro Majima is a fan favourite character, previously playable in Yakuza 0. He will show up at random intervals as a challenging boss who will teach you new moves when bested. When I say he’ll pop up anywhere, I mean it, you can find him hidden in giant traffic cones and other seemingly impossible places. While Yakuza Kiwami has the least amount of content in the series it’s all excellent and worth your time.

View some Yakuza Kiwami screenshots in our gallery:

Visually, the incredible character models and stunning lighting effects leap off the screen. These characters models are great both for major and minor characters. They feel authentic as does the town you inhabit. It feels appropriately scaled and despite it’s small size, running around the map never gets dull. Speaking of the lighting, the beautiful neon signs dance off the puddles below. The soundtrack is a great mix of contemporary music and classical Japanese instruments Voice acting is incredible and every single actor delivers, though there is no English language, only the original Japanese with subtitles. Graphics options are identical to Yakuza 0, it’s not a difficult game to run. Like Yakuza 0, the game does recommend you play with a controller as it doesn’t really flow well on keyboard and mouse. It’s playable, just not intuitive, though keys can be remapped any way you want, so you may find a reliable set-up. Overall the presentation is fantastic.

If you’ve never dipped your toe into the series and this is your only option, it’s a great one to start on. The gripping story is punctuated with comedic side content. Said side content is very in-depth and there’s plenty of great combat to keep you going and the incredible world will leave you wanting more. If you’re coming off the back of Yakuza 0, this is the start of an unforgettable series and I hope SEGA port the rest of the series over to PC. That being said, if you already own the stellar PS4 version, there’s little reason to pick this up outside of having it on PC.

Yakuza Kiwami was reviewed using a digital code supplied by the publisher.