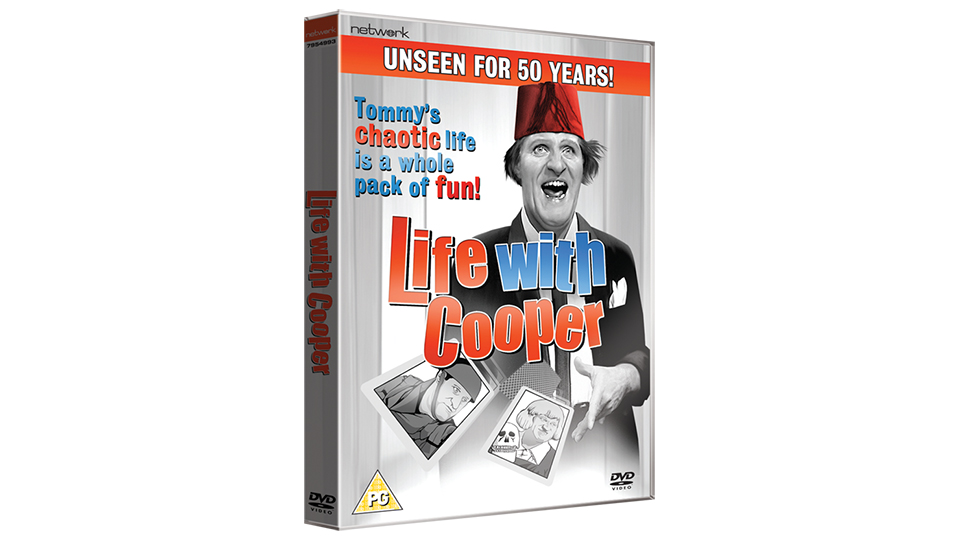 With his uniquely chaotic blend of fluffed magic and lame jokes, Tommy Cooper was a constant and instantly recognisable presence on television for four decades.

A firm favourite with the public, his variety shows were always eagerly awaited – Eric Sykes hailed Tommy Cooper as the “funniest man in the world”, so it’s hardly surprising that it was noted “he only had to walk on stage to cause hysterics”!

Unseen for fifty years, Life With Cooper was the show that cemented Tommy’s popularity with the viewing audience in the latter half of the 1960s. A sideways look at some of the ridiculous things that happen to him on a daily basis shows the blundering comedian coping with, amongst other things, his horoscope, getting a passport, joining the army and the thundering calamity of a lack of cash!

To celebrate the release, we’ve got 3 copies of Life With Cooper courtesy of Network, on DVD to give away. Enter below for a chance to win…

In this article:Life with Cooper, Tommy Cooper