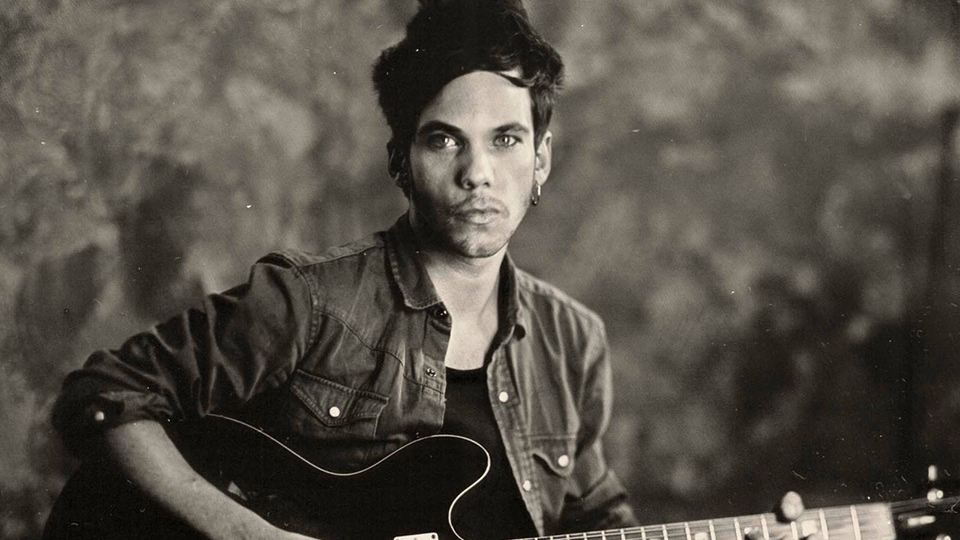 French singer-songwriter Tiwayo is somewhat of a mysterious character. There’s little known about his background other than that he has taken in influences from the music of the 60s and 70s, especially blues, soul, gospel and reggae. After catching the attention of producer Mark Neill (The Black Keys), Tiwayo travelled to the US to record his debut album. The end result is 12-track collection The Gypsy Soul of Tiwayo.

The album opens with A Place to Call My Own, a beat-driven bluesy song that immediately introduces you to Tiwayo’s husky voice. He’s a little reminiscent of the hushed stylings of Mike Posner but with more weight behind his delivery. The track is a moody three and a half minutes that takes a few listens to really get into. Second track Wild is a little more accessible and brighter. The atmospheric background vocals add to the dramatic feel of the song, which seems to increase in urgency as it hurtles towards its chorus.

One of the album’s strongest moments comes early on with track three, Love Me Like You Say. It feels lighter in tone musically than much of the rest of the album and you can hear the more soulful influences that have helped Tiwayo shape his sound. I imagine the track sounds even better live, especially on the little growly moments that sit somewhere between Prince and James Brown.

Elsewhere on the record Bed of Stone has a catchy 60s beat, Rise Up and Shine pushes a more reggae-leaning sound, and Full Moon explores a more expansive soundscape that wouldn’t have sounded out of place on a Pink Floyd record. The tempo is upped on the storming Too Young, which is possibly the album’s best chance of catching on at radio. It’s different enough to capture your attention but it’s radio-friendly enough to pick up some decent airplay.

The album closes with the stirring Reach Heaven, which is the album’s sparsest moment. You get a real chance to hear Tiwayo’s voice away from the polished production of the rest of the album. His vocal is restrained but affecting, and it’s very distinctive.

The Gypsy Soul of Tiwayo is the kind of album that may well take a few listens to get into. It’s not instantly accessible and there’s a heavy feel that spans across the record. This most definitely isn’t the kind of record you stick on to relax or unwind after a hectic day. Tiwayo is intriguing and I feel like with this album he’s perhaps held back a little more than he should have. I really wanted to hear him let rip and he never really does, which is a shame. That being said, this album has me keen to hear more material for the talented rising star.

Advertisement. Scroll to continue reading.
In this article:Tiwayo