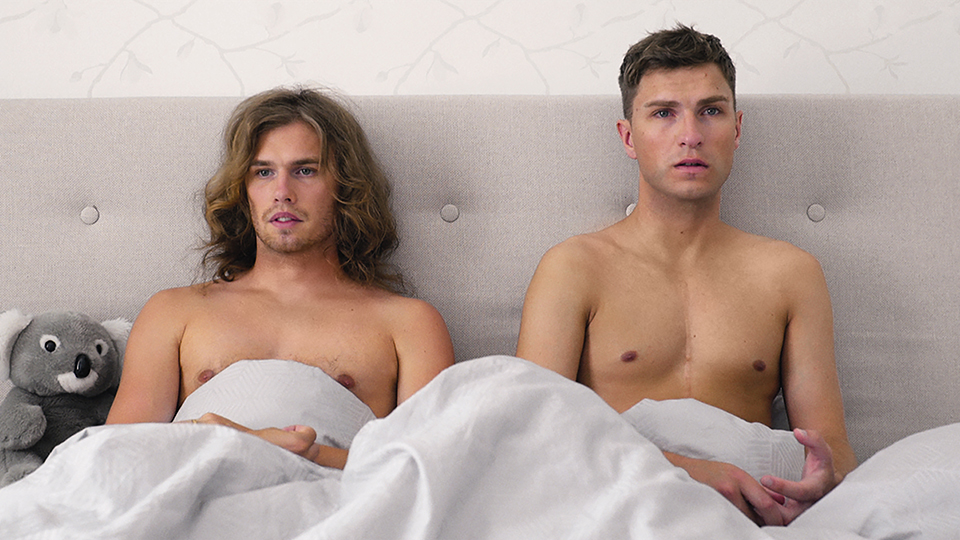 The popular Boys on Film series is back with its 19th instalment featuring 10 new shorts from around the world. With the title No Ordinary Boy, this latest collection takes a look at a variety of unique boys who break boundaries and are more than they appear to be at first glance. There are shorts from the US, UK, India, Denmark and Sweden, giving a rounded view of gay film-making around the globe.

The collection opens with Michael Joseph Jason John, a US short from Scott T. Hinson about a single man who wonders what life with his mysterious hook-up might be like if it turned into more than a one-night stand. Hinson captures the thrill of a random hook-up but also ponders the relatable question of whether gay men should be looking for more than just a sexual encounter.

The themes and tones vary across the 10 shorts. From the animated coming-of-age Fish Curry from Indian film-maker Abhishek Verma through to the carefree, portrait of youth captured by Marco Alessi in Four Quartets, there’s a wide representation of gay people from all walks of life. Jake Graf’s Dusk, which features a small role for Blue star Duncan James, explores being transgender in the 1950s while Dean Loxton’s Meatoo captures an uncomfortable audition process that leaves the auditionee feeling very uncomfortable.

The standout on this collection is Leon Lopez’s surprisingly touching Jermaine and Elsie. The short tells the story of Elsie (Marji Campi), a woman reliant on carers following a long battle with alcoholism. She takes an immediate dislike to all of her carers but when she meets Jermaine (Ashley Campbell), Elsie starts warming to him even though he seems to be everything she doesn’t like. The two enter into a sparring relationship but when Elsie is given a new carer, she becomes determined to find out what happened to Jermaine.

Elsewhere Jannik Splidsboel’s Between Here and Now is an intriguing lust-filled mystery, David Färdmar’s No More We explores the painful breakdown of a relationship, and Amrou Al-Kadhi’s Run(a)way Arab tells the story of a drag queen who recalls how his sexual identity led to the breakdown of the bond he had with his mother. Ben Allen’s Blood Out of a Stone is one of the quirkier moments on this release, following a date between two men where one sets the other challenges so they can connect on a deeper level.

Boys on Film 19: No Ordinary Boy is a strong release for the series. I often say the releases are a bit hit-and-miss but this one is impressively consistent. It shows the incredible wealth of talent that exists out there both in front of and behind the camera. Boys on Film 19: No Ordinary Boy is an enticing glimpse into the lives of gay men from all kinds of backgrounds and it’s a solid collection.

In this article:Boys On Film, Boys On Film 19: No Ordinary Boy, Peccadillo Pictures