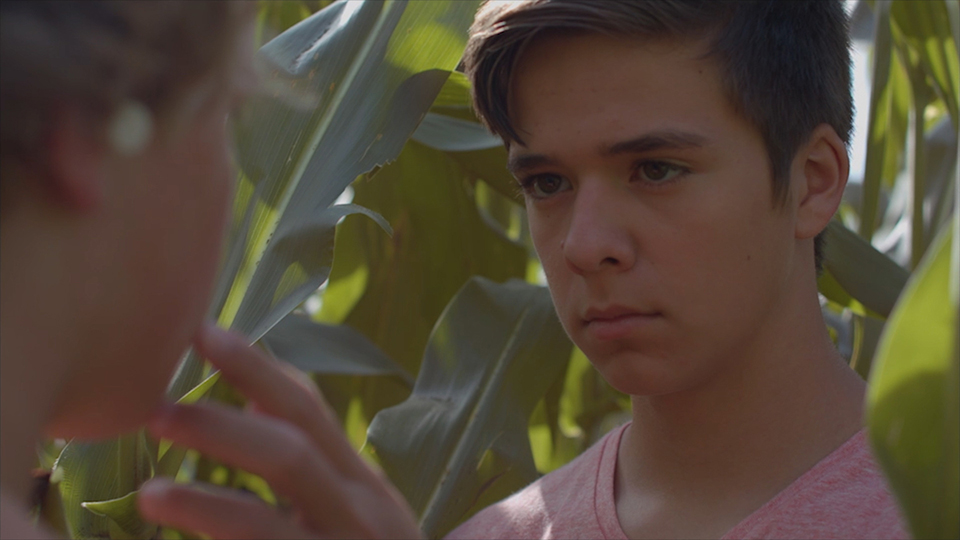 Comprising Chapter One: The Deaf Boy’s Disease, Chapter Two: The Space Between Us and Chapter Three: The Last Kiss, the trilogy explores coming-of-age for a number of characters. In The Deaf Boy’s Disease Ant (Arthur Andersen) starts to wonder about his sexuality when he meets deaf teenager Early (Beck Nolan). His friend Tremor (Nic Carrucio) picks up on Ant’s interest and begins to tease him leading to some very awkward but revealing conversations. The storyline continues in Chapter Three: The Last Kiss but I won’t say much more so as not to spoil it.

Chapter Two: The Space Between Us is about completely different characters and features a teenage boy in a motel room with a much older man. The two discuss love, sex and life in an intimate moment of honest between two strangers. It’s uncomfortable at times but interesting and will hold your attention.

The trilogy is well made. It looks very polished, the performances are good and you can see Phanphiroj has an eye for capturing the beauty in his subjects, and the locations. Chapter Two is a little bit of a curveball but Chapters One and Three are very strong.

For me, things started to get a little weird and uncomfortable with the three films on the collection that feature Phanphiroj – Journey, The First Conversation Between Frank and I, and The Meaning Of It All. Each of the three films is filmed in a handheld lo-fi way and they all capture Phanphiroj’s interactions with men, gay and straight. What makes them a little uncomfortable is that he’s essentially trying to get them to agree to have sex with him, even when they quite clearly don’t want to. There’s some real scenes of sex in there too, just to blur the lines further.

The First Conversation Between Frank and I is perhaps the oddest of the bunch. Phanphiroj is behind the camera and in bed with a cute guy called Frank. As he asks him questions, he constantly touches his face and gropes his body. Frank seems fine with it but admits he’s reluctant to go much further. I just felt it was a bit too voyeuristic for my tastes and brought up a few ‘no is no’ thoughts in my mind.

Desire: The Short Films of Ohm is not going to be to everyone’s taste. The Desire Trilogy is good and they are worth watching. There’s a lot of artistic merit there and the three parts are intriguing. Unfortunately, the other three films just made me feel a bit dirty, like I was witnessing things I shouldn’t be. I didn’t see the point or purpose of them and they jarred next to The Desire Trilogy.