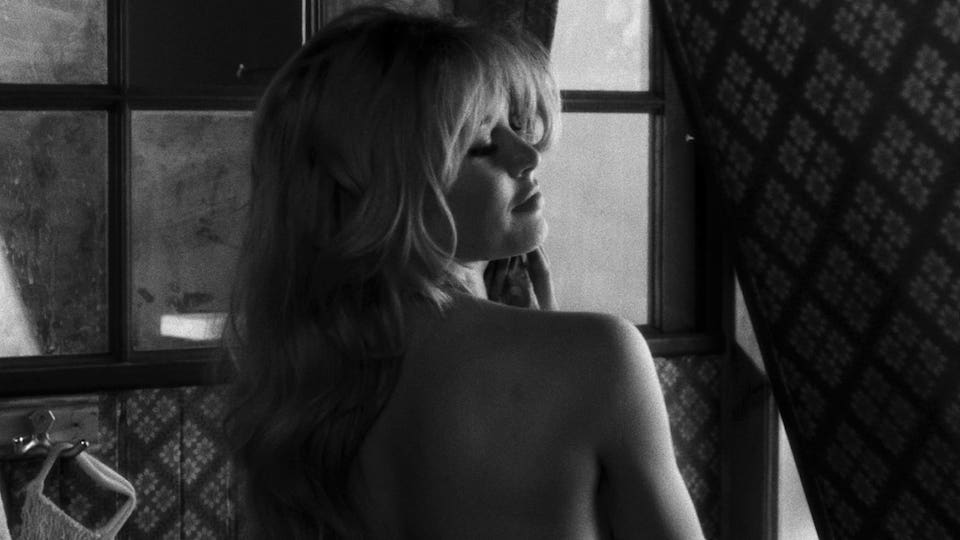 This beautifully restored release of La Vérité (The Truth) allows us to witness Brigitte Bardot’s finest ever performance in glorious HD. From acclaimed director Henri-Georges Clouzot, this fascinating courtroom drama dissects the life of a dissatisfied youth on trial for murder, and in doing so lays bear the vile hypocrisy and immorality at the heart of French society.

La Vérité begins in a packed Parisian courtroom, as the beautiful Dominique (Bardot) is led to the dock. She is on trial for murdering her lover Gilbert (Sami Frey). As the trial unfolds, Dominque’s story is told in multiple flashbacks. We see her with her suffocating provincial family in the country, where she is forever second best to her perfect sister Anne (Marie-José Nat). Dominique and Anne move to Paris together, and Dominique falls in with the intellectuals and Beatniks of the Left Bank, embarking on a series of empty love affairs.

When she meets Gilbert Tellier, a young orchestra conductor currently dating her sister, Dominique falls for him and seduces him. An act that ultimately seals her fate. Clouzot cuts back and forth with the courtroom, as the judges and prosecutors pick through her carefree lifestyle and numerous affairs. The director uses these scenes to the expose the hypocrisy and prejudice facing a common person such as Dominique, who finds her life in the hands of the law.

La Vérité is a scathing condemnation of French culture from top to bottom. Clouzot satirises and pokes fun at the intellectuals and their vapid pretensions, but saves his real ire for the snobbish faux values of the ruling classes of Parisian society. It would be fair to say that the film struggles with its pacing due to the way it is structured, and as such, some of the tension in the courtroom dissipates as the story lurches towards its melodramatic finale. But Clouzot’s anger never fades.

The deck is stacked against Dominique from the very start, and Clouzot hammers this point home in the courtroom. Gilbert is a well to do young man, from a good family, destined for great things. She is poor country trash, and in the eyes of the court and the public at large, too beautiful to be anything other than a whore. La Vérité is a film with biting relevance even today, exploring themes of feminism, sexism, misogyny, mental illness, domestic abuse, and suicide. The obsessive way the judges and prosecutors pick over the life, lovers, and sex life of Dominique, the film begins to echo the obsession with Bardot in real life.

Bardot is sublime as Dominique, the feckless and winsome coquette, slowly destroyed by love. Having already risen to the status of a glowing goddess and international icon, following her “sex kitten” roles in the likes of And God Created Woman, The Night Heaven Fell, and La Parisienne, La Vérité showed the world that she was a real actress. Her performance – especially in the later courtroom scenes – is wonderful.

This blu-ray release from Criterion comes with an hour-long documentary Le Scandale Clouzot. The film was directed by Pierre-Henri Gilbert, and originally aired on French television. There is also a short interview with Clouzot from a 1960 French television show, where he discusses La Vérité. He talks about how the film was originally meant for Sophia Loren, but Bardot was forced upon him by the producer, and he had to reshape the film to accommodate her. He also then brilliantly defends her from the snobby attitude of the interviewer, perfectly mirroring the themes of the film.

Also included is a segment from the 1982 documentary Brigitte Bardot telle qu’elle, with Bardot talking about the making of La Vérité. This clip is extraordinary, and gives a chilling insight into the level of international fame she was dealing with around this time, and the journalistic intrusion she was living with, far eclipsing what even the most famous celebs and royalty experience today. Finally there is an essay included in the booklet from film scholar Ginette Vincendeau.