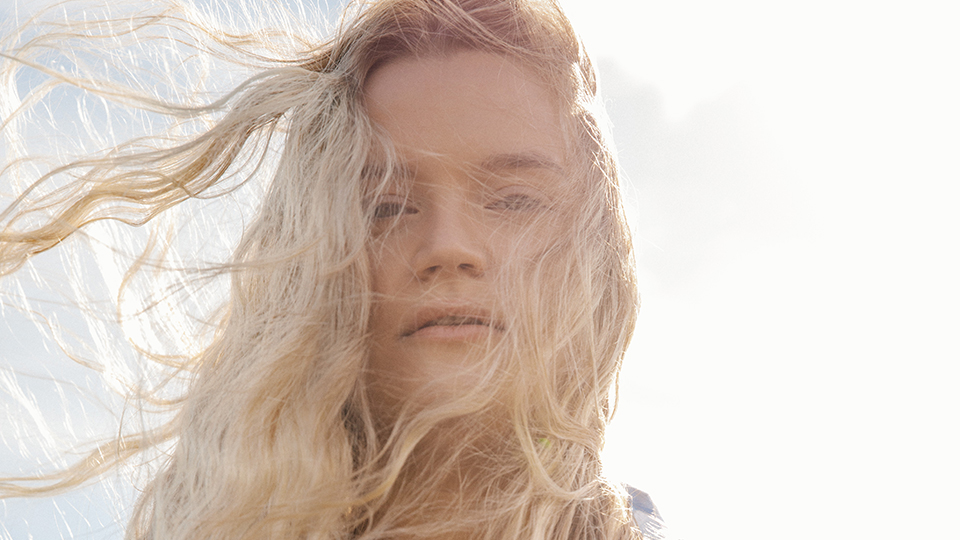 Newcomer Charlotte has been making waves in the music industry and she caught the attention of hit maker Toby Gad.

Today she releases her debut single I Tell Lies and she’s announced that her EP Nowhere to Hide will follow on 3rd May. Already picking up plenty of buzz, the future is certainly looking bright for singer-songwriter from Hull.

Hi Charlotte. How are you and where does this Q&A find you?

Hey! I’m really good, thanks. I’m currently sat on a train from sunny Hull to London, dipping various foods into a pot of hummus and enjoying my last day of being 20.

Your debut single I Tell Lies is out today. What’s it all about and where did the idea come from?

Yes it is, wow, I’m so buzzing to be finally putting it out! I wrote it in January last year and it was the result of a really pivotal lightbulb moment. I’d been really unhappy for a long time but I’d fooled everyone around me into thinking I was okay. It was only when I started venturing off by myself to LA when I was 18 that I realised how sad I was. I didn’t know anyone and I became really introverted and insecure even though I was doing something I loved. I decided to sort myself out and started therapy, stopped spending money on nights out and spent it on a personal trainer instead (endorphins = magic) and the day after deciding all of this I wrote I Tell Lies. I have really fond memories of my childhood before the ‘grown-up’ world came along and complicated things!

The track is taken from your EP Nowhere to Hide, which will be released in May. What can people expect?

It’s a collection of four confessional, very personal songs. The ones that I was scared to write but needed to get out of my system. It’s honest and vulnerable. I’m literally giving myself ‘nowhere to hide’, putting everything out in the open. I’m letting people see and hear the ugly parts as well as the pretty ones. I hope that these songs find their way to any person battling similar emotions so that they realise they’re not the only person on the planet who feels the way they do because I definitely thought I was alone.

You were signed by Toby Gad. How did that come about and in what’s he been like as a mentor?

My manager reached out to Toby for a writing session and he said no! (He doesn’t work with unsigned artists). After some top notch persuasion he agreed to meet me. I’d never been to America and on the first day I landed I went to meet Toby. I was terrified….he’s written for Beyonce, John Legend, Fergie, Alicia Keys.. The list is endless. He asked me to play him a song and he loved it so much, and my voice, that he signed me on the spot! That doesn’t happen to girls like me! Two of the songs we’ve written together are on my EP. The most amazing thing Toby has done is helped me believe that I was good enough and I am so grateful for that.

How did you get into music and when did you know being an artist is what you wanted to do?

I’m from a family of music lovers so I grew up with music being played all the time but it was my grandparents who introduced me to soul music and the idea of doing music for a living. They performed together as a soul duo throughout my childhood and I used to sit in on their rehearsals and go to their gigs. By the age of 4 I was joining them onstage playing the tambourine and by age 6 I was singing with them. From then on I just sought and seized every opportunity that was available to me locally. I started writing when I was going 6 or 7 and used it as an emotional crutch growing up but didn’t ever consider that I might release the songs or share them beyond the four walls of my bedroom. However, when I was 17 I met my manager and it changed my life.

You’ve written for other artists as well as for your own music. Give us a little insight into how your creative process works.

Simple answer: I don’t have a clue. It’s different every time. Every session is a different combination of people and everyone has their own way of working. So each time you have to meet somewhere in the middle and that’s what is so magical to me. It’s anyones guess what happens first; could be melody, could be lyrics, could be just building the track. Writing with other artists usually means taking a backseat and letting them steer the session. I always try to find common ground/put myself in their shoes in order to identify with a feeling. I’m always inspired by a feeling.

What singers have inspired you and helped shape your sound?

When can your fans see you playing live?

I’m playing my first headline shows at the end of March and I’m so excited! I’m playing in London at The Waiting Room on 26th March and then a home show in Hull on 30th March. Between now and then I’m also joining Picture This on their UK & Europe tour which is going to be wicked!

If you had to describe your sound in a few words, what would you say?

I used to agonise over this question when I got asked it by people because I guess it’s soul, it’s pop and a whole host of other genre influences blended together but now I just say the way it sounds is the way I felt on the day. The lyric, melody, chords and production in one song are all the product of a specific emotion or story.

I know I’m going back to LA to write more tunes in April, dropping my EP in May and beyond that… who knows? I hope the rest of the year is full of shows and that the songs find their way into the path of people that love and connect with them. That would make me really happy.

Charlotte’s single I Tell Lies is available to stream and download now. Listen to the track below:

Advertisement. Scroll to continue reading.
In this article:Charlotte