Any preconceptions one may have for Cold Pursuit upon hearing those four words would be understandable in light of the endless deluge of Neeson-backed revenge vehicles over the past few years. Almost all tough-as-nails, hard-boiled shootouts peppered with the occasional grunt or utterance from the mouth of the grizzled everyman, such films reached the point of cliché long ago, with most usually underwhelming and indistinguishable from the last.

Any such prejudices should be cast aside though for Cold Pursuit, which is hardly just another Neeson potboiler. A remake of the Norwegian thriller In Order of Disappearance (2014) by the same director, Hans Petter Moland, Cold Pursuit is a black-comedy first and foremost, one that revels in the ridiculousness of organised crime conventions and tropes and sends each up accordingly. Plunged into this darkly comic thriller is Liam Neeson as Nelson Coxman, an unassuming and passive snowplough driver, whose daily routine of clearing the roads around a Colorado ski resort becomes a blood-soaked crusade when members of a local drug cartel murder his son. Dishing out all manner of suitably painful punishments to the men responsible, Coxman’s actions only serve to escalate a feud between the cartel and a rival faction of Native American gangsters.

Almost farcical in nature, Cold Pursuit is at its absolute best when it fully embraces the ridiculous potential of the story. The witty dialogue and interplay between the seedier characters is a delight, regularly eliciting laughs, whilst particular sequences and set pieces are wonderfully offbeat and oddball. Some of the gags miss the mark by a longshot, but the ratio of hits to misses remains in the green for the most part.

Unfortunately, the irrelevant tone is also a reason why a lot of the film fails to register on any kind of emotional level. Neeson’s character is pretty unsympathetic and vastly underexplored, with very little of his surprisingly finite screen time used to better the character or explore him in any great detail. Tom Bateman as the central villain, Viking, is an excellently nuanced and slimy piece of work, but none of the characters seen here are developed to a degree that they form a connection with the audience. Laura Dern as Coxman’s grieving wife Grace is criminally underutilised in this regard, and any characters that do come close to building a rapport with the viewer are swiftly dispatched.

The passage of time within the film is often confusing and unrealistic too. To go into specifics would spoil proceedings, but rest assured, the sheer number of major events seen here happen in what amounts to a short space of time, resulting in one hell of a plot contrivance on the writer’s part. It’ll barely register to most who watch, but the lack of realism in this sense certainly threw this reviewer out of the narrative more than once.

Flaws aside though, the film entertains far more than other Neeson revenge vehicles have in recent years. The cinematography is excellent, lending the harsh icy plains a splendid, uninviting beauty, whilst the story itself, though lacking genuine character and connection, does entertain thanks to its willingness to embrace it’s more absurd aspects. Neeson may be the man in the literal driving seat, but figuratively it’s the smaller roles within the cast which breathe life into this darkly comic tale of murder and vengeance.

It may leave some cinemagoers cold, but Cold Pursuit is certainly far more than just another Liam Neeson revenge thriller. 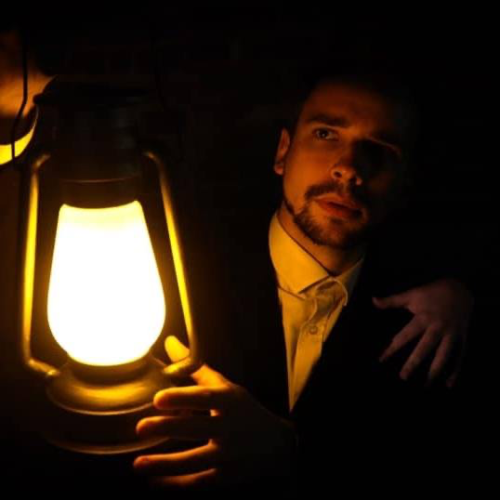 Matt Dennis
From an early age, Matt Dennis dreamt of one day becoming a Power Ranger. Having achieved that dream back in the noughties, he then turned his hand to film journalism. A pop-culture fanatic, Matt writes regularly for Critical Popcorn and Entertainment Focus, with previous credits on The Hollywood News, CultBox, Third Act Film and The News Hub to his name. Matt firmly believes Jaws is the greatest film ever made and that people should be kinder to Spider-Man 3.
Previous article
Interview: James R. Hansen discusses First Man & the life of Neil Armstrong
Next article
Arrow Video FrightFest Glasgow 2019 interview: Søren Juul Petersen reveals all about his nail-biting film Finale