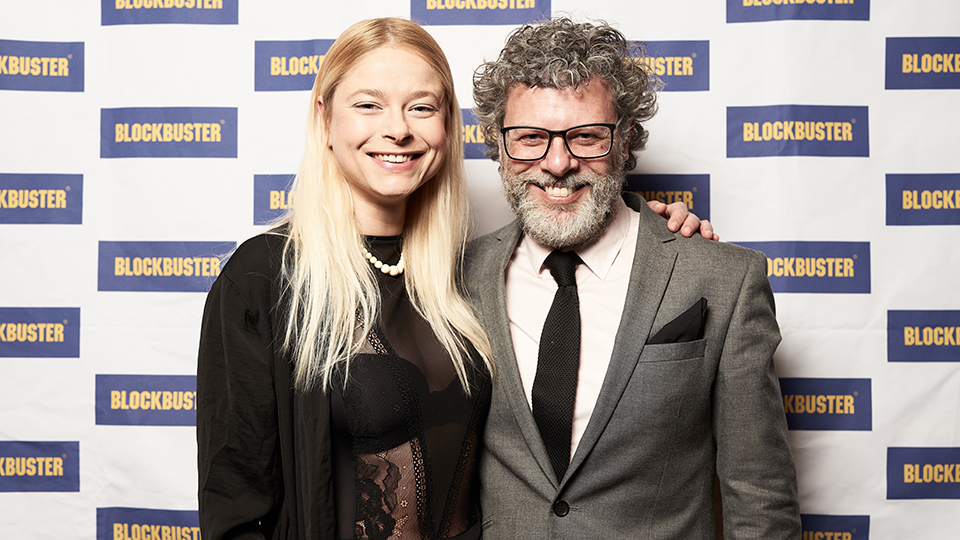 After working as a producer and story editor for 20 years, Søren Juul Petersen makes his feature film directorial debut with new horror Finale.

The film will receive its UK Premiere at Arrow Video FrightFest Glasgow 2019 and it’s sure to be a nail-biting experience for those in attendance. Unfolding over two narratives, Finale is a bold and ambitious film.

I caught up with Søren to find out more about Finale, discuss the casting of the film’s leading actresses, and to talk about the challenges of bringing the film to the big screen.

Hi Søren. How are you today and where does this Q&A find you?

I’m fine thanks – ready and exited that Finale is now showing at a lot of places!

Finale will receive its UK premiere at Arrow Video FrightFest Glasgow 2019. What is the film all about?

In a nutshell Finale is a story about two girls working the nightshift in a remote petrol station on the evening that Denmark plays a big sports finale. Everyone is glued to their TV at home so the girls think it will be a quiet night but slowly they discover that they have been cast as participants in a completely different game.

You have two very strong leads in Anne Bergfeld and Karin Michelsen. Tell us how those two actresses got involved with the film?

I knew that there was a lot of acting talent here in Denmark so I started scouting early for two new fresh faces. This took me to the Ophelia acting school here in Copenhagen. Through some friends I was introduced to Anne who was preparing for her final exam on stage. I saw her performance and liked it – she reminded me of Ingrid Bergman, beautiful and a bit reserved – and as she was half German too, she was perfect for Agnes (the film takes place close to the border of Germany). We talked and agreed that we needed to do a casting because I had to be convinced that she could be very frightened and be able to scream convincingly.

For the casting she prepared herself in make-up for about 10 minutes in a complete dark room. Then we tied her up in a chair and when I said ‘action’, she screamed and begged for her life in such a convincing way, that I gave her the part immediately. I think it took five minutes.

As the two actresses needed to be together over a long period during the production (we shot in 4 blocks over 3 months), we needed the Belinda character to be someone who Anne could bond well with, during and also outside the shoot. Anne pointed us in the direction of Karin who was a friend and student from the same school. Karin looked very much like the Belinda I had imagined, and she also had a ‘Belinda background’ growing up with a farmer environment in the country. We did a couple of scenes between Agnes and Belinda in the back room of the petrol station and they suited each other – they just had good chemistry.

Soon after we did a casting session between Karin and her boyfriend in the film (played by Mads Koudal) and I was completely convinced Karin was Belinda.

The film is so tense and full of suspense. You tell the story with two narratives. Why did you decide to do that?

Finale is based on an award-winning novel by Steen Langstrup (the Danish Stephen King) and the two narratives actually come from there. When I read the book, I thought that Steen had been quite clever to create both a storyline at the petrol station and then a flash-forward storyline taking place in the basement. I knew that in order to keep up the tension and suspense, we had to have the same basic structure. Reducing the film to a more linear structure could have slowed it down. The other good thing about having a two storyline structure is that the audience can have a pause and get away from the hardcore scenes a couple of times, as we know that a least two scenes are quite heavy to cope with – at least for most mainstream audiences!

This is your debut feature film. What would you say were the biggest challenges when making it?

The biggest challenge was actually reaching my high ambitions of Finale being a very cinematic film with a production feel that would surpass our low budget; every day all cast and crew worked with the mantra in the back of their head: ‘Get every penny up on the screen’.

After many years as a producer, I knew that we needed to break the production phase into several location phases in order to be able to concentrate 100%. Instead of preparing to run a marathon where your cast and crew naturally slow down after half the distance, we prepared for four 10 km runs with quite high tempo so to speak.

In post-production we were also very ambitious. Instead of just putting the edit together over a few months, we ended up stretching that process over one year with a small crew going back a few times to reshoot parts of the film.

As said before, I wanted Finale to have a cinematic feel to it. I wanted it to look like the films I like and admire, despite us only having the equivalent of a catering budget of a Hollywood film. The handheld low-budget style was forbidden. Every scene had to embrace ‘Cinematic Storytelling’, which in my book is where the images and sound tell the story and not just the camera picking up on people talking or running around.

All in all we tried to avoid the main prejudices that low-budget filmmaking equals ‘handheld camera with bad sound’.

There are some very violent scenes in the film, and they look very realistic. How difficult were they to bring to life?

It’s normally quite difficult to get violent scenes right, especially if you don’t have a good budget for it. But from the start we talked to The Danish Film Institute about it and they were insistent on us putting ‘the pedal to the metal’ as they expressed it because in recent years they had supported a couple of horror films that didn’t ‘deliver the goods’ so to speak.

To start out with I was in doubt about how graphic we should be, not only because of the budget but also personally as I’m a bit of a wimp myself. We ended up preparing quite well; we got hold of Martin Hansen, a fantastic SFX make-up artist, and a young multi-talented stuntman called Anders Nylander Thomsen. Together with my DOP Tobias Scavenius, the four of us talked it though many times and we planned extra schedule time for the most violent sequences in the film. Actually, I stepped back several times during the shooting of those scenes, simply because I could see they were pushing the limits of their abilities and I could sense this was going to be good.

The concept of the film lends itself to further films. Would you consider doing a sequel in the future?

Actually, until the end of the first cut of the film, I couldn’t see a natural sequel, or prequel for that matter, but during post-production we began to see a concept for a string of films dealing with the concept of extreme entertainment on the Internet. The whole idea of having an online crime organisation like the one we have with ‘Escapismus’, making a business out of the Dark Web, began to take shape.

So yes, there are many possibilities for turning Finale into a franchise if people want that. I’m not sure if I’ll direct but it would be fun to see other filmmakers continue it.

If you could have directed any horror film, which one would you choose and why?

The obvious pick for me would be Psycho. It’s very close to the perfect horror film and every bit of that production seemed to elevate into perfection; the script, the casting, the direction, the cinematic feel to it, the score, the marketing and everything. Brilliant film.

One of the best films from last year Hereditary is a recent film I would have wanted to direct. Fantastic film where everything, again, just fell into place.

Why should people check out Finale at Arrow Video FrightFest Glasgow 2019?

Basically it’s a good film. You’ll be entertained and scared and have something to discuss when you talk to your friends about it afterwards. And for the school teachers out there -show it to your students. I’m sure you could have a good discussion about voyeurism, the boundaries for good entertainment and the morbid curiosity of the human mind…

Finale receives its UK Premiere at Arrow Video FrightFest Glasgow 2019 at 3.30pm on Saturday 2nd March 2018. You can watch the trailer below: