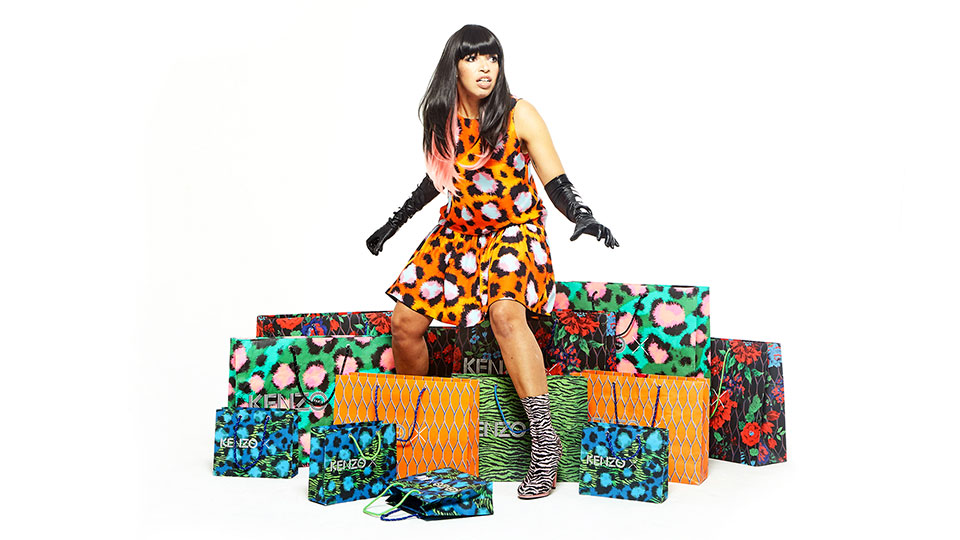 Paula Varjack is taking her show The Cult of K*NZO on tour.

The production interweaves the stories of one woman’s lifelong desire for luxury and the young Kenzo Takada’s dream of becoming a fashion designer. Kenzo was one of the first men to study at fashion school in Japan and one of the first Japanese designers to come to train and design in the West. Like the “she” of the story, he was deeply drawn to high fashion.

“Most of my clothes are carefully selected from eBay or charity shops,” said Paula “but a couple of winters ago I got up in the middle of the night so that I could be amongst the first to buy from H&M’s new Kenzo collaboration. I spent as much in 10 minutes as I usually do in a year! What was it about these clothes and this brand that made me act so out of character? I couldn’t work it out and felt compelled to explore it further; to make a show looking at what drives people to want things that are exclusive, that not everyone can have, and the stories we tell by what we wear.”

The show was inspired by an experience Varjack had in November 2016 when she queued at 4am outside a branch of H&M in East London to be the first in line to buy exclusive designs from Kenzo’s new collaboration with the Swedish fast fashion multinational.

The Cult of K*NZO tours venues around England from February to May 2019. It is written and performed by Paula Varjack, directed by Martin Bengtsson and produced by Daisy Dockrill.

You can see the show at the following dates and venues: