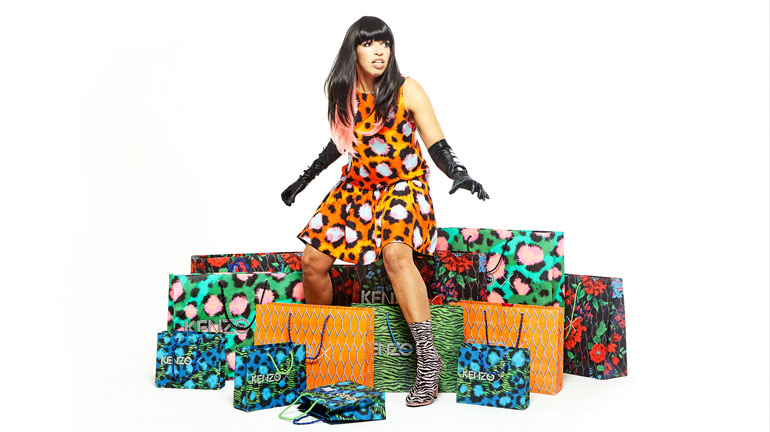 In November 2016, Paula Varjack found herself queuing at 4am outside a branch of H&M in East London to be the first in line to buy exclusive designs from Kenzo’s new collaboration with the Swedish fast fashion multinational.

Five hours later she and twenty others were given ten minutes to shop a cordoned-off section of the store. After paying at a till staffed by cheering applauding sales assistants, she emerged carrying the largest shopping bag she had ever carried. What is it about Kenzo?

In a world where you are who you wear, The Cult of K*nzo is an original, visually spectacular, endearing and accessible examination of consumer culture.

The play interweaves the stories of one woman’s lifelong desire for luxury and the young Kenzo Takada’s dream of becoming a fashion designer. Kenzo was one of the first men to study at fashion school in Japan and one of the first Japanese designers to come to train and design in the West. Like the “she” of the story, he was deeply drawn to high fashion.