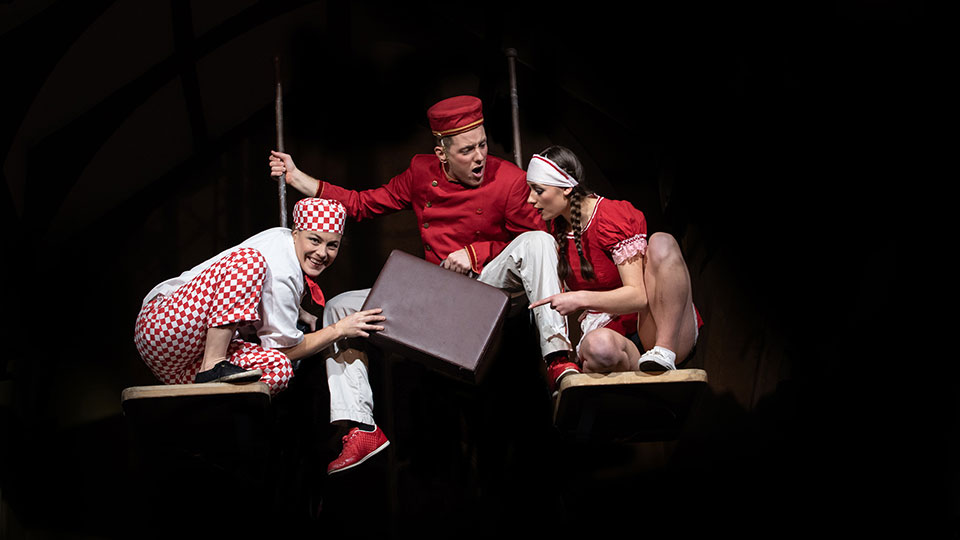 Lost in Translation will open their production of Hotel Paradiso at Jackson’s Lane in London tomorrow.

From the creators of The Hogwallops, Hotel Paradiso will run in London from 20th to 24th February 2019. It will then tour around the country in April.

In the show we meet Madame and the charming staff of the quirkily ineffective Hotel Paradiso. Looming large is their arch enemy, the dastardly Banker, who schemes to repossess the hotel. As the tenants introduce us to their beloved home we witness their battle of wits with the Banker as he plots to claim the building in order to sell and maximise his profit. Will they manage to stay open, or will they be forced to move on?

You can catch Hotel Paradiso at the following dates: