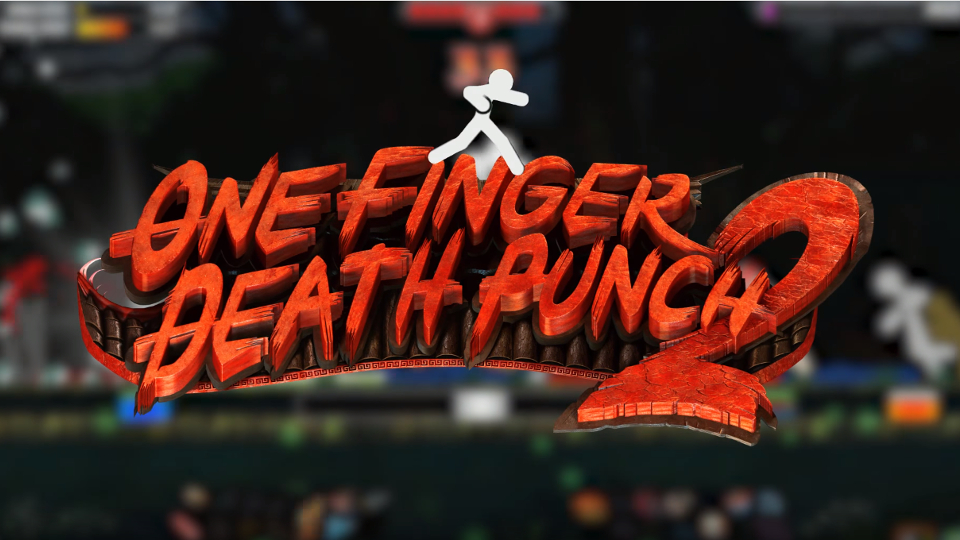 I’ve been playing the demo of One Finger Death Punch 2 and it has taken me somewhat by surprise. I hadn’t played the first game so didn’t really know what to expect and to be honest from the first few minutes of the game I thought i was going to hate it….. I have never been more wrong in my entire life!

I didn’t like it to start with simply because I couldn’t do it and was playing it wrong. The game clearly tells you not to button bash. So what did I do? That’s right I went button bashing and failed miserably. I did, however, persevere and was rewarded with a truly brilliant concept.

At first it seems simple. You control your white stick man just by using the left and right mouse buttons. You can’t move around the screen and at first it feels like you are simply at the mercy of the game and reacting to what it throws at you, which incidentally is wave after wave of enemies. Clicking the left button makes you character react to what ever is coming from that direction with the right button dealing with the opposite side. You click the button when enemies or projectiles are in range and are rewarded with some really cool kung fu moves as you take down the enemies.

Now I appreciate that this sounds simple but trust me it’s not. Enemies come fast and furious as the game eases you in to the various challenges you will need to deal with and believe me there are loads. You need almost supernatural reflexes to get a perfect score but just to survive each level is an achievement in itself. Regarding the subject of button bashing, when you miss click you are punished and become vulnerable to attack.

You can check out 10 minutes of my gameplay below:

As you progress harder enemies are revealed and the levels get even more frantic. After each level I felt somewhat out of breath as I’d been holding it the whole time. The music adds to this frantic feeling and gets you really pumped up. Graphically it looks surprisingly simple but when you string a few moves together you are treated to some cool slow motion moves and some bone crunching finishing moves.

I urge you to download the demo now and give it a try. The demo is available on Steam.

You can check out some more One Finger Death Punch 2 screenshots in our gallery below: