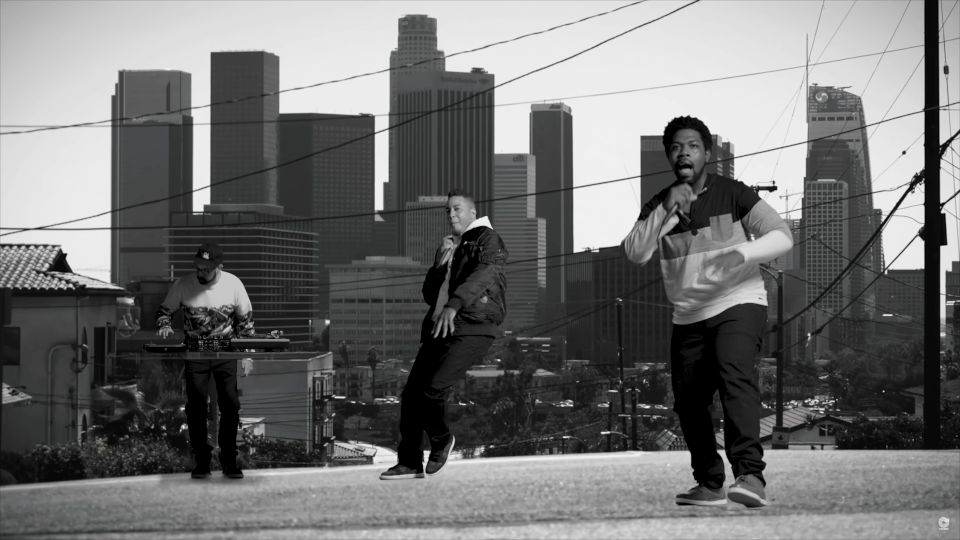 Whilst you might not have heard of TRDMRK yet, you will most certainly recognise the core members of the group. TRDMRK is the new project from DJ Nu-Mark and Slimkid 3 and their new album is an absolute beast. The album TRDMRK also features appearances from Dillon Cooper and Guilty Simpson.

Check out a snippet of Hands Up below or head to bandcamp to hear it in full. Or you can view the video on YouTube.

Nu-Mark is probably most famous for being one of the DJs from Jurassic Five but he has done so much more than that. In the past Nu-Mark has worked with Nas, Charles Bradley, MF Doom, Damian Marley, Pharoahe Monch, Loneley Island and Aloe Blacc to name but a few artists. Slimkid 3 is best known for his major role in the platinum selling outfit The Pharcyde.

The way these two combine on the album is truly sublime. Nu-Mark keeps the beats interesting and every song has its own unique feel while Slimkid 3’s lyrical delivery is flawless as per the usual. It’s unlikely that you’ll be hearing these songs on any commercial radio station which is a big shame as TRDMRK is, for me at least, a lesson in how rap music should be done. Hands Up and Pick It Up are set to be released as singles.

TRDMRK plan a world tour in the future so keep your eyes peeled for shows near you.