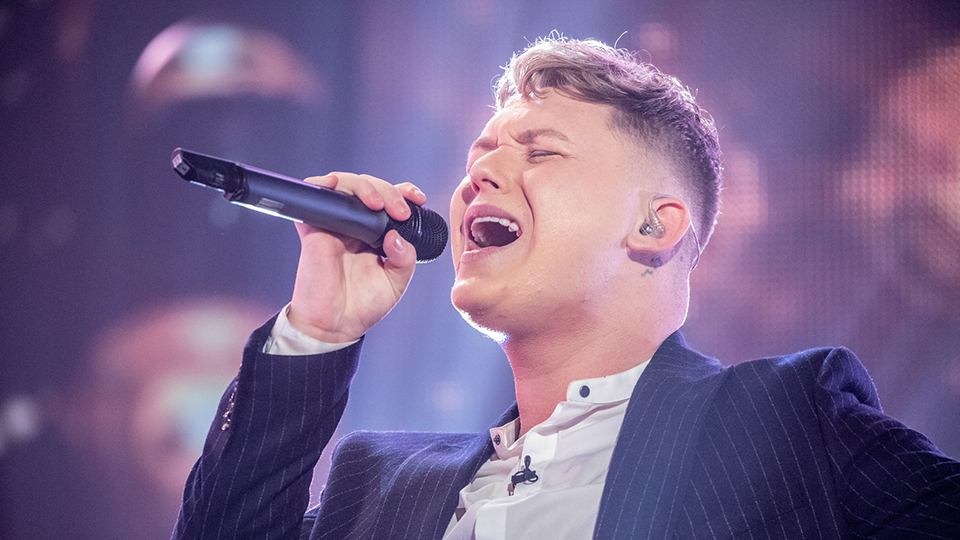 Michael Rice has been chosen to represent the UK at the 64th Eurovision Song Contest this May in Tel Aviv.

The singer competed alongside five other hopefuls in a live 90-minute Eurovision: You Decide show presented by Mel Giedroyc and Måns Zelmerlöw. Rice will perform Bigger Than Us, which was written by Jonas Thander, Anna-Klara Folin, John Lundvik, and Laurell Barker.

The winner of Eurovision: You Decide 2019 was decided by a combination expert jury votes and viewer votes.

Prior to being chosen to sing for the UK at Eurovision, Rice won the first series of BBC One Saturday night entertainment show All Together Now in 2018.

Mel Balac, Executive Producer said: “This has been such an exciting year for Eurovision: You Decide with new format changes that we hope have really made the competition and programme more geared to find the perfect song. We’ve had some incredible performances tonight by everyone and everyone’s own individual take on the songs – well done to everyone! We are delighted for Michael and are proud to take Bigger Than Us to the Eurovision Song Contest Final in May.”

The 64th Eurovision Song Contest will take place in Tel Aviv on 18th May. It will be broadcast on BBC One.