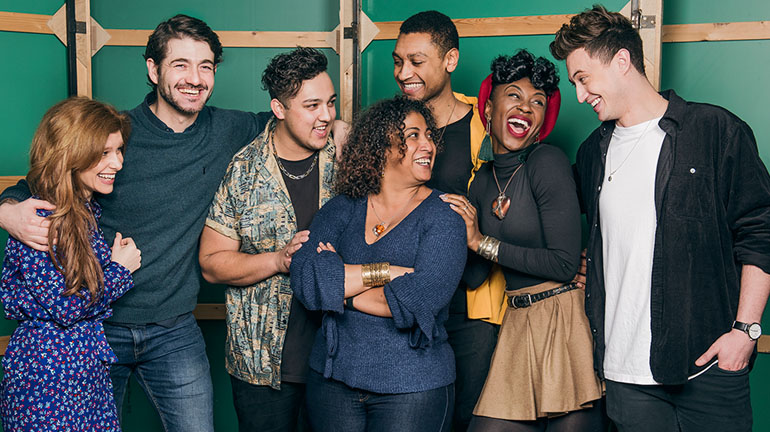 Romeo & Juliet final scene: Juliet picks up the dagger and… gets a life.

A timely and timeless tale of one independent young woman, & Juliet is a riotous comic blast of fun and glorious pop music that proves when it comes to love, there’s always life after Romeo…

The musical brings together a host of acclaimed West End stars who have headlined some of the most celebrated shows of recent years: Cassidy Janson (Leading Ladies, Chess, Beautiful: The Carole King Musical); Oliver Tompsett (Kinky Boots, Wicked); Arun Blair-Mangat (Leave to Remain, Angels in America); Melanie La Barrie (Wicked, Matilda); Jordan Luke Gage (who starred in the lead role of Strat in Bat Out of Hell), and Tim Mahendran (Spring Awakening).

Brought to life by an award-winning creative team in an explosive fusion of styles, & Juliet will be directed by Luke Sheppard (In the Heights) with a book by David West Read (Schitt’s Creek), electrifying choreography from Jennifer Weber, stunning set design from Soutra Gilmour and costume design by Paloma Young.

& Juliet is at The Opera House, Manchester from Tuesday 10 September to Saturday 12 October 2019. Tickets go on general sale on Monday, 11 February from 10am. Book online at atgtickets.com/manchester or call the Box Office on 0844 871 3018.