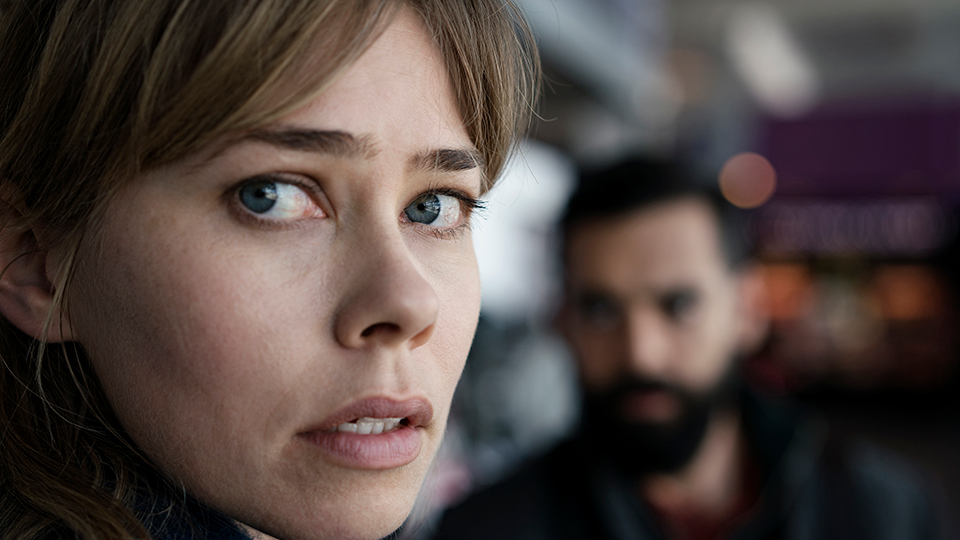 Walter Presents: Greyzone will premiere on Channel 4 on 13th January 2019.

The high-octane thriller blurs the line between right and wrong. Blending an emotionally charged plot with the timely, terrifying theme of cyber terrorism, Greyzone is a poignant and absorbing series which raises moral dilemmas and heartbeats alike.

During a business trip abroad, the brilliant software engineer Victoria meets the attractive and intelligent reporter Iayd, a former university acquaintance. Victoria agrees to an interview with him at her home but what should have been a harmless conversation about her work, turns into a dangerous situation where Victoria and her son Oskar are taken hostage.

Iyad exposes that he is part of a terror cell planning an attack somewhere in Scandinavia. Victoria works at SparrowSat, a Swedish company that develops drone technology and Iyad’s accomplices have singled out Victoria to gain access to vital components to facilitate the attack. When anti-terror police discover her desperate situation, instead of saving her they force her to become a double agent and gain insight into Iyad’s terror network.

One step wrong could have life-threating consequences for both Victoria and her son Oskar, especially as she starts to strike a friendship with her captor.

Walter Presents: Greyzone premieres on Channel 4 on 13th January at 10.45pm, with the entire series immediately available to view free on demand on All 4.

Advertisement. Scroll to continue reading.
In this article:Greyzone, Walter Presents