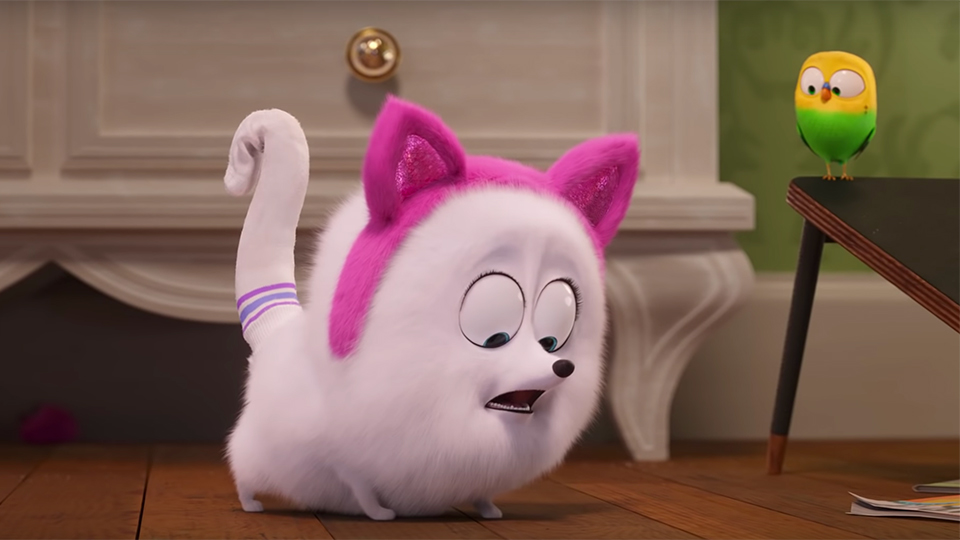 A new trailer has been released for The Secret Life of Pets 2, which sees Gidget (voiced by Jenny Slate) learning how to be a cat.

In the hilarious trailer, Gidget is shown the ways of the cat by Chloe (Lake Bell). She’s given a sock for a cat’s tail and some cat ears courtesy of a headband.

Chloe then takes Gidget through a series of simple steps so she can behave more like a cat including kicking coffee on a laptop, wagging her tail in her owner’s face and eating the pet budgie.

The Secret Life of Pets 2 is the sequel to summer 2016’s blockbuster about the lives our pets lead after we leave for work or school each day.