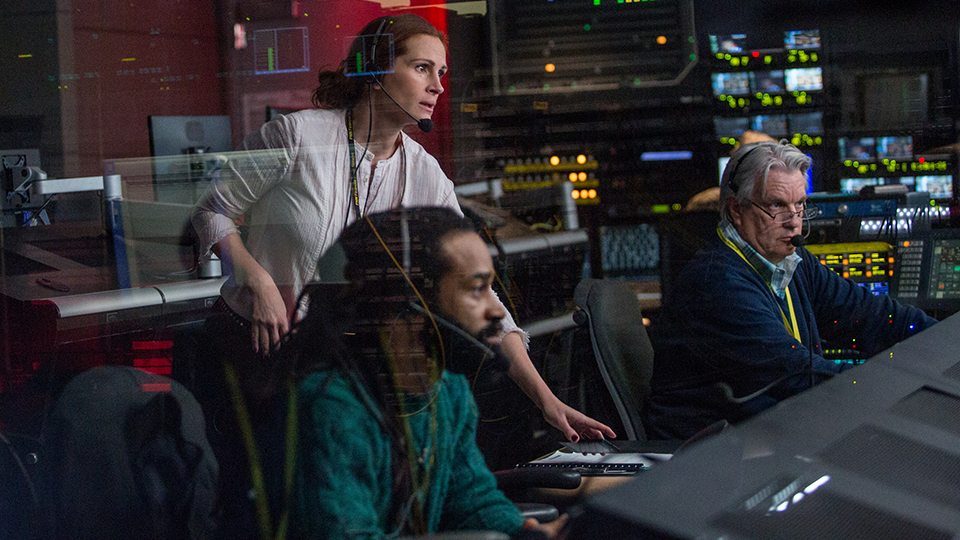 The real-time, high-stakes thriller stars George Clooney, Julia Roberts and Jack O’Connell. We’ve got a clip from the film to whet your appetite and you can watch it below:

Clooney and Roberts star as financial TV host Lee Gates and his sharp-witted producer Patty who are put in an extreme situation when an irate investor who has lost everything (Jack O’Connell) forcefully takes over their studio.

During a tense standoff broadcast to millions on live TV, Lee and Patty must work furiously against the clock to unravel the mystery behind a conspiracy at the heart of today’s fast-paced, high-tech global markets.

The film is directed by Jodie Foster and it’s an entertaining and intelligent thrill ride.

Money Monster airs at 9pm on Friday 8th February on Sony Movie Channel, which is is available on Freeview channel 32, Sky 321 and Virgin 425.