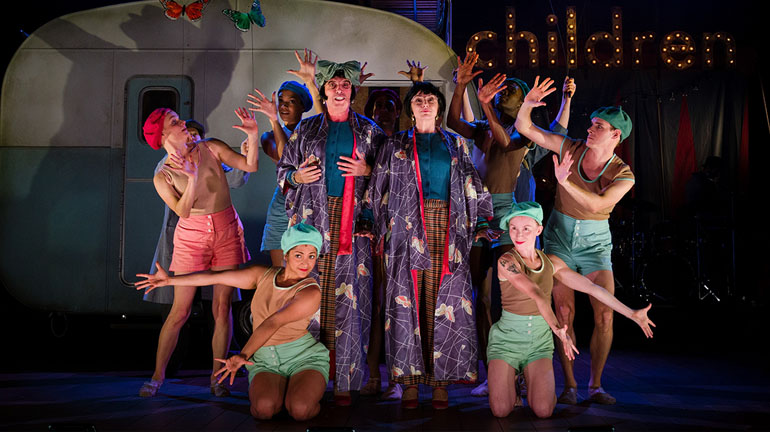 In Brixton, Nora and Dora Chance – twin chorus girls born and bred south of the river – are celebrating their 75th birthday. Over the river in Chelsea, their father and greatest actor of his generation Melchior Hazard turns 100 on the same day. As does his twin brother Peregrine. If, in fact, he’s still alive.  And if, in truth, Melchior is their real father after all…

A big, bawdy tangle of theatrical joy and heartbreak, Wise Children is a celebration of show business, family, forgiveness and hope. Expect showgirls and Shakespeare, sex and scandal, music, mischief and mistaken identity – and butterflies by the thousand.