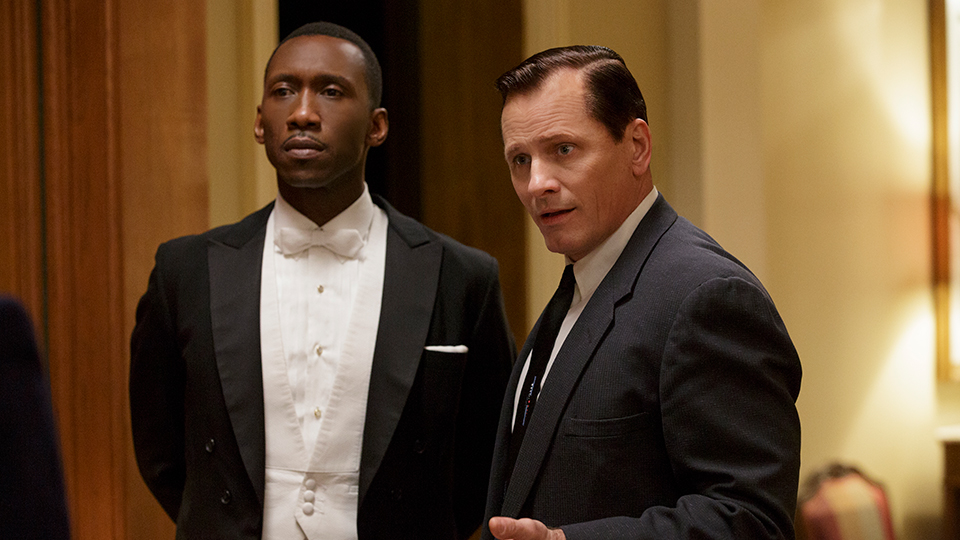 An unlikely frontrunner at all the major awards ceremonies this season, Green Book has proved a surprising contender, picking up multiple awards despite strong competition across the board (not bad for a film from the director whose previous credits include arguably the worst film ever made, 2013’s Movie 43). And granted, we have to admit straight off-the-bat, Green Book is a good film. But the reason why so much praise and so many accolades have been heaped upon it does occasionally baffle.

Looking at the plot does to an extent explains matters – Green Book details the unlikely friendship between African-American jazz pianist Don Shirley (Mahershala Ali) and Tony Vallelonga (Viggo Mortensen), his Italian-American driver and bodyguard. Embarking on an eight-week concert tour across the deep south in the early 60’s, the two mismatched men begin to bond, despite Tony’s vulgar views on race and Shirley’s reserved and refined, hoity-toity attitude.

It’s about as warm and fuzzy as such a story about race, identity and prejudice can get – a far cry from more biting, probing and weighty examinations of racial tension in films like fellow-contender BlacKkKlansman. In some ways, this approach plays to Green Book’s strength. It’s rarely preachy, often heart-warming and only occasionally shocking. This aesthetic is by no means bad, but when the film does eventually open itself up to modern parallels and strikes for relevancy, it misses more then it hits, largely due to the sudden tonal shifts such a U-turn brings about.

It’s also a narrative that often ventures into areas of discussion best left alone – Shirley is far from the atypical stereotype of an African-American, but Tony’s barbed comments on how he isn’t in touch with his own people as a result does raise a worrying suggestion that conformity to a stereotype is best and individuality is bad. Granted, the film does challenge this rhetoric, but the suggestion lingers for quite some time and is never satisfactorily resolved. There’s a hint of the white saviour complex here too, which doesn’t permeate proceedings too much, but quickly gets tiresome on the occasions that it does rear itself. It’s especially so considering Tony is just as flawed, if not more so, as Don.

At its core, Green Book feels like a film being pulled in two altogether different directions. The film can’t decide whether it wants to venture into unsavoury territory in regards to its depiction of racism in the deep south or whether it wants to be a light buddy comedy-drama with occasional jokes about racial stereotyping. Like with all films such as this one, there’s also been a number of accusations regarding historical inaccuracy too, which further muddies the waters.

But despite the issues raised elsewhere in this review, there’s no denying the fact that, in the moment, this reviewer was captivated by the story and the central performances from the two leads. Mortensen and Ali’s are superb, their chemistry is delightful, the interplay between them full of both wit and heartfelt affection, whilst the more emotional moments are electrifying. The humour is gentle and occasionally twee, but it works, whilst Peter Farrelly’s direction is restrained in all the right ways, his choices benefitting the story and the characters greatly.

With this in mind, it’s ultimately understandable why Green Book has resonated with audiences and award voters – a timeless story of two opposed individuals coming together and forming a bond, told at a time when it becomes increasingly clear that times and attitudes haven’t changed as much as most would hope. Green Book doesn’t go for the jugular as often as other films have in this regard, but in many ways, it does provide a cosier experience as way of easing its message of tolerance across. Problematic it may be in many regards, but there’s no getting away from much of Green Book’s charm.