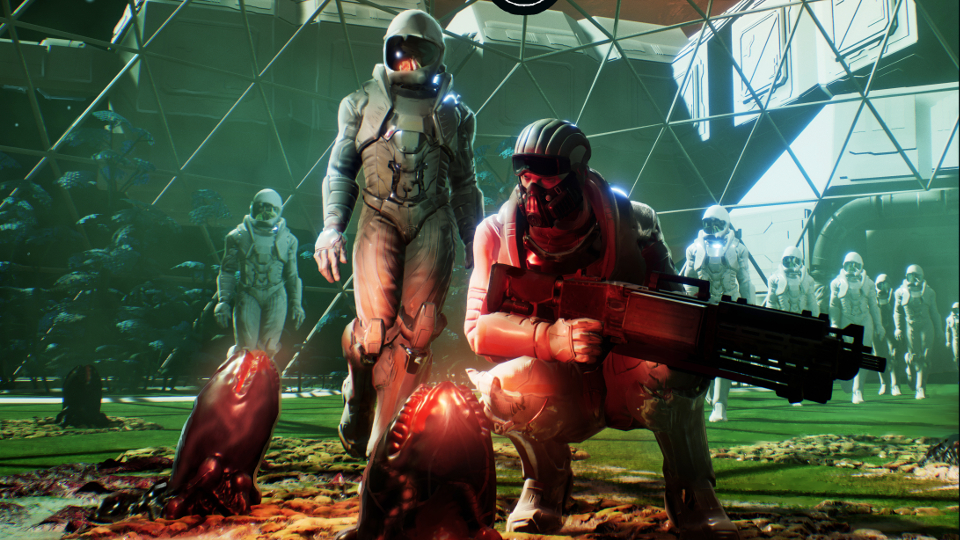 Team17 and independent developer Radiation Blue have announced that Genesis Alpha One is available now on PC and console. The ambitious game blends together many different genres and mixes roguelike mechanics with ship building, survival, FPS and sci-fi elements.

Genesis Alpha One puts players in the role of an interstellar pioneer, as they journey into uncharted space on the ultimate mission to find new homes for humanity’s DNA and save the species from extinction.

Watch the Genesis Alpha One launch trailer below:

As the Captain you can build and manage your Genesis starship, farm resources, travel down to a host of unique planets to mine and look for ancient technologies and artefacts, deal with terrifying alien infestations, clone new members for your crew and explore a vast, randomly generated universe.

Genesis Alpha One is out now for PlayStation 4, Xbox One and the PC via the Epic Games Store for £24.99. A boxed version for the console editions is also available at retail.

View some screenshots for Genesis Alpha One in our gallery: