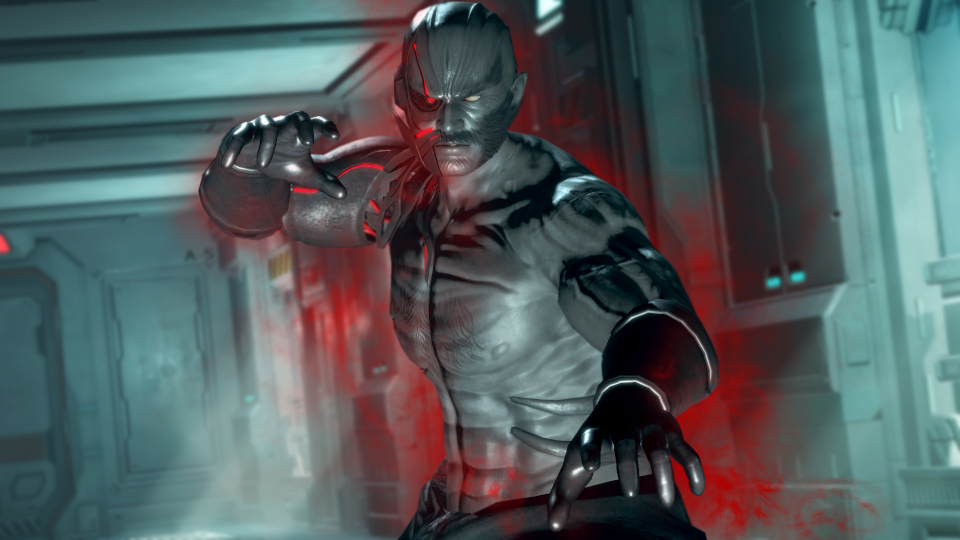 Koei Tecmo and Team Ninja have announced that Raidou “The Regeneration of Brutality” will be returning in Dead or Alive 6. We thought Raidou had died during the first DOA tournament but his body was secretly recovered and experimented on using DOATEC’s biotechnology, and while that leaves Raidou without a mind of his own, he has now devolved into a madman who only craves strength and destruction.

Raidou’s fighting style is based in Mugen Tenshin Ninjitsu and he favours a power focused fighting style. Raidou makes use of his colossal physique while slamming opponents with a series of devastating strikes he is able to mimic from others, while at the same time, mixing in jaw-dropping moves of his own, such as the Tenho-Gorai-Sho and the Rekku-Jinraisatsu.

Two new game modes were also announced, Quest and Training. In Quest mode players will need to complete various missions during matches. The aim here is to expose players to different situations so that they can hone their skills. Upon completion you will be rewarded with player points which can be used to unlock cosmetic items. Training mode is as it sounds, a free play mode to really get your skill son point.

Dead or Alive 6 is currently in development for Xbox One, PS4 and PC.