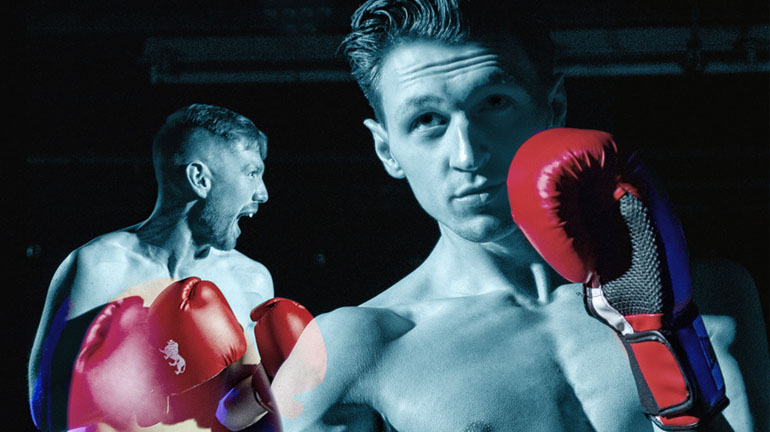 A play about the unconventional love story between two professional boxers is about to embark on its third UK tour, visiting 11 venues, including Square Chapel, Halifax on Thursday 7 February.

Set in the competitive world of boxing, Gypsy Queen is a tale of boxing and finding love in the most unusual circumstances, and explores LGBTQI visibility in sport, faith, sexuality, and the notion of masculinity.

The play features just two actors, who play nine characters between them, portraying comedy, drama and physicality in equal measure.

Gypsy Queen is written by Rob Ward, who also plays the role of George O’Connell. The role of Dane Samson will be played by John Askew who reprises the role after performing as Dane at the Edinburgh Fringe 2018 and the Gypsy Queen UK Tour 2018.

Producer Max Emmerson: “The play has strong messages of friendship, conflict, challenging prejudice – but most of all love. We’re looking forward to taking Gypsy Queen to new venues and audiences, and continues to help break down barriers.”

Gypsy Queen is suitable for audiences aged 16 upwards and contains strong language, nudity, and scenes of a sexual nature. The play is at Square Chapel, Halifax on Thursday 7 February at 8pm. Book online at squarechapel.co.uk or call the Box Office on 01422 349 422.