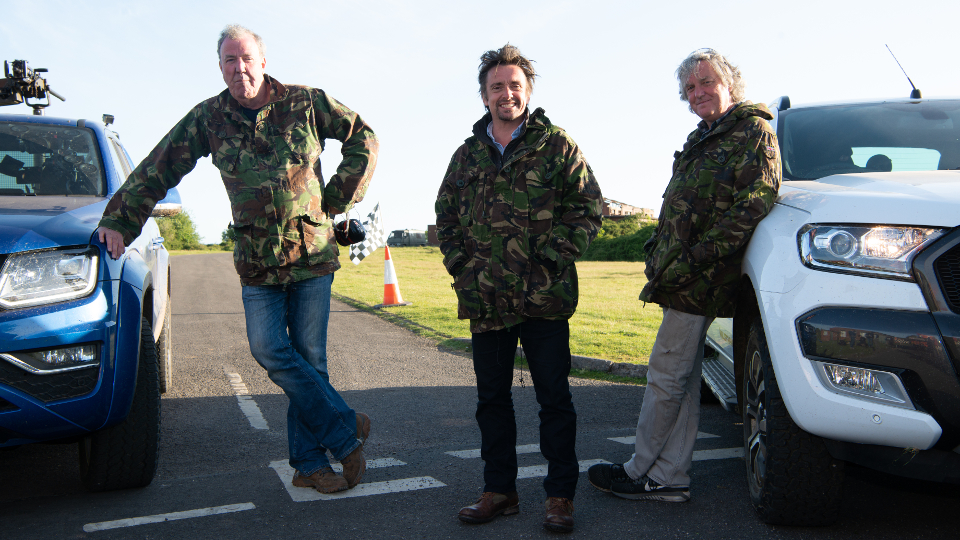 The Grand Tour is back on our screens full of the mayhem and unique brand of motor journalism that only Clarkson, May and Hammond can deliver. Episodes 2 & 3 treated us to a two-part special where we saw the boys competing in Colombia to see who can take the best wildlife photos, and then we’re straight into episode 4 on February 1st.

Episode 4 is named ‘Pick up put downs’ and we see the boys testing out the new breed of European pick up trucks to see how they compare against the established American and Japanese trucks. Clarkson has a Volkswagen Amarok, Hammond has a Ford Ranger while May is in the new Mercedes X class. The trucks are tested in a scenario of a developing world where they will be subjected to the tasks of rural subsistence, the toppling of a dictator, decent into civil war and blowing up helicopters. We can expect chases, races and a lot of gunfire. Pretty normal stuff then!

Jeremy will also be testing the near 600 horsepower Jaguar XE Project 8 around the Eboladrome. Sign-up for a free 30-day Amazon Prime Video trial to watch The Grand Tour and see what other great shows and movies the streaming service has to offer.

Check out our The Grand Tour gallery below for more pics from episode 4: