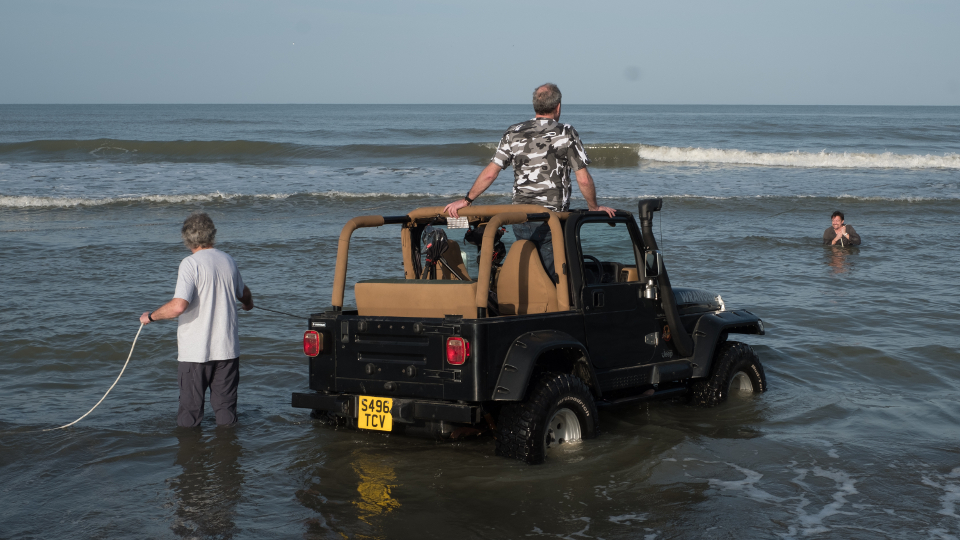 The Grand Tour season 3 episode 2 has now aired and boy its a good one. First and foremost the film crew do a brilliant job of capturing the truly stunning scenery of Colombia. We start off with Richard Hammond delaying the start by over 10 hours as he tries to get his car out of the sea which in the guise of a long winded drug smuggling joke is wrapped in bubble rap. Whilst I find the antics of the trio incredibly funny I do think they try a bit too hard and these set piece jokes feel a bit forced. The boys are at their best when they are giving real reactions to their challenges and to each other.

Their mission is to take wildlife photos so they start off by driving to the nearest city to get cameras. Hammond’s choice of vehicle is truly ridiculous and is too big for the city streets to the point where he manages to block the path of an ambulance. Once armed with equipment they set off into the interior of Colombia in search of the elusive Jaguar. On the way they cross some very difficult obstacles including some of the scariest bridges I have ever seen. You can almost smell the fear coming through the TV screen.

After bagging photos of goats, cows, dogs and men who have relations with donkeys the guys leave some remote cameras in a Jaguar hot spot. I won’t spoil things and you’ll have to watch the show to find out if they manage to capture the secretive animal on camera. The second part of this two part special will be available to view on 26th January.