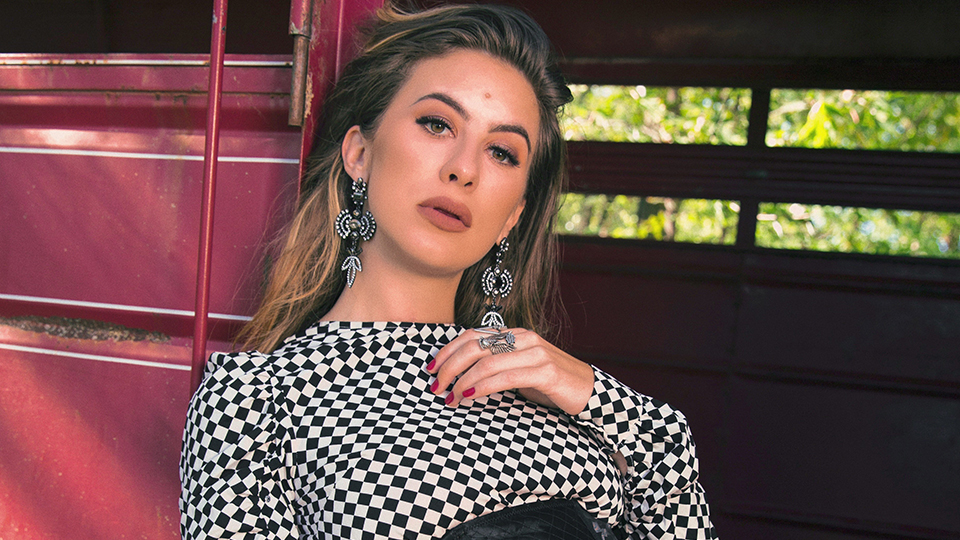 The song was co-written by Kassi with Luke Dick and Natalie Hemby, and produced by Dick and Luke Laird. Violins sees Ashton shut down deceitful former lovers with a hook so catchy you won’t be able to stop chanting it.

“We (Natalie Hemby, Luke Dick and I) were sitting in Luke’s studio one morning. We got on the subject of my exes and how all of them had been unfaithful to me,” Kassi said about the initial inspiration for the track. “We were discussing the steps of getting over it and how they usually all come running back, whining, begging for a second chance. That’s when I rolled my eyes, raised two fingers to my ear and mimicked what my dad used to call ‘the world’s smallest violin’ to accompany their take-me-back tears. I started joking, saying that for most, I didn’t even care to serenade their second chance efforts. I didn’t have time for that because I have better shit to do. It was Natalie’s idea to call it Violins and Luke brought the funk. I just had to bring the attitude and experience.”

Violins is available to stream and download now. It follows the releases California, Missouri and Taxidermy, both of which have caught the attention of tastemakers and Country music fnas.

Ashton also features on Keith Urban’s Drop Top, taken from his latest album Graffiti U. Bobby Bones included her among his Class of 2018 and Rolling Stone lauded her as “a devilish songwriter who isn’t afraid to flip convention on its head.”

Advertisement. Scroll to continue reading.
In this article:Kassi Ashton