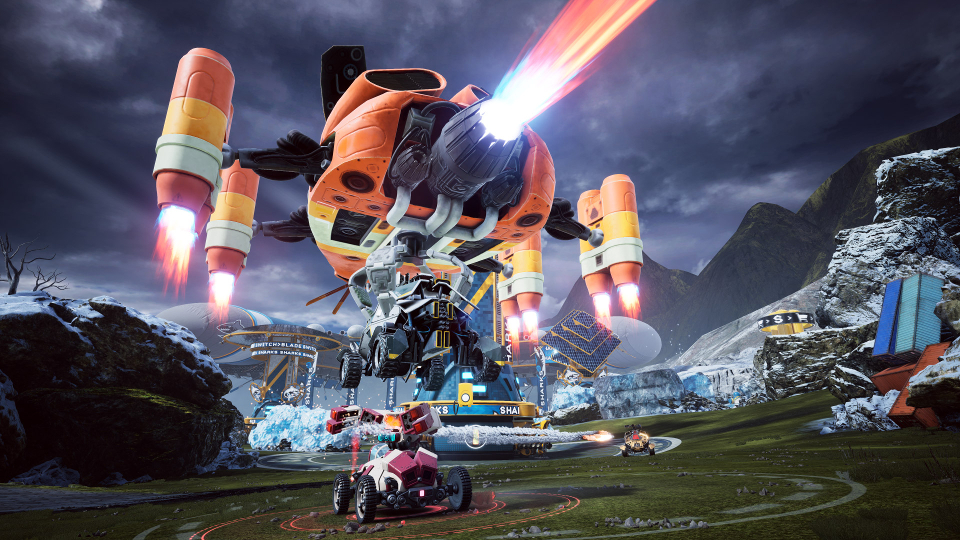 Lucid Games announced earlier this week that Switchblade, their 5v5 team-based vehicle action MOBA, is now available to download free on PC via Steam and PS4 via the PlayStation Store.

Switchblade sees two teams compete in a frantic 5v5 arena-based battle, as they work together in carefully selected heavily armed sci-fi vehicles, to destroy the enemy base. Each vehicle in Switchblade presents its own unique role on the battlefield, which players can choose to suit their own play styles.

Watch the Switchblade free-to-play trailer below:

Two vehicles are selected at the start of each match and can be switched at any time offering endless tactical choices. Unlock and upgrade new weapons, talk to and support your teammates and join forces to claim total victory.

Individual skill will only get you so far in Switchblade. You need to work together and push past the enemy towers to destroy their base. Only the best team players will be successful in battle and be rewarded with the prestigious title of MVP.

To learn more about Switchblade and its development check out Lucid’s latest blog post.

View some Switchblade screenshots in our gallery: