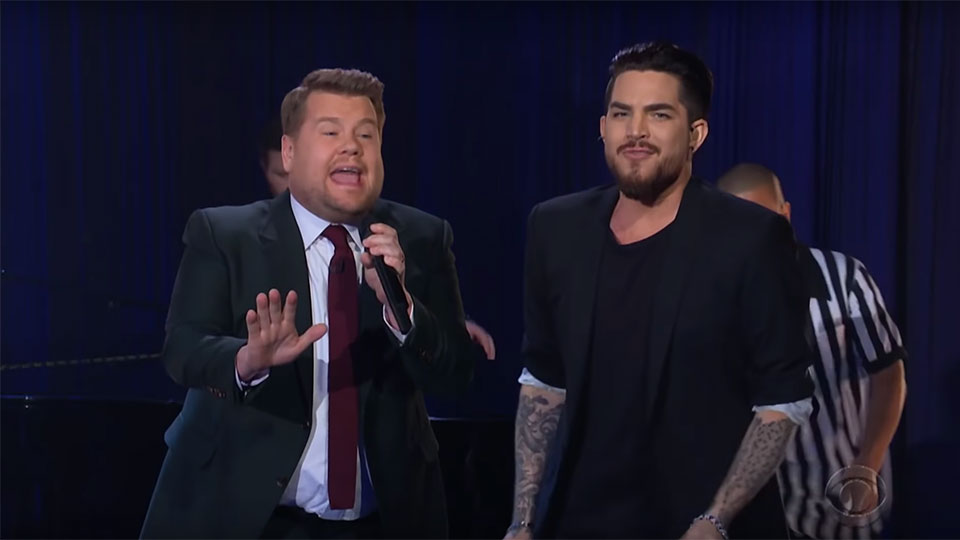 Following Sunday night’s NFL Playoffs in the US, James Corden invited Adam Lambert to help him close his NFL championship episode of The Late Late Show with James Corden.

Seated at a piano, Corden played as he sang an NFL-themed version of the classic Queen hit Don’t Stop Me Now. Titled The Show’s Ending Now, Corden brought out Adam Lambert, who has been touring as the frontman of Queen for years, to help him sing it.

Watch the whole performance below:

The lyrics of the song were changed to reflect the evening’s NFL games so not all the references will make sense to readers outside of the US. Still you can be blown away by Lambert’s effortless vocals as he swoops and soars, reminding us why we fell in love with him in the first place.

Lambert’s latest performance comes following his recent reveal regarding his Bohemian Rhapsody cameo and his viral performance from the Kennedy Center Honors where he sang Cher’s Believe.

Currently working on his next studio album, fans are eagerly awaiting new solo music from Lambert. We’ve pulled together all the information we could find to help you get excited about it.