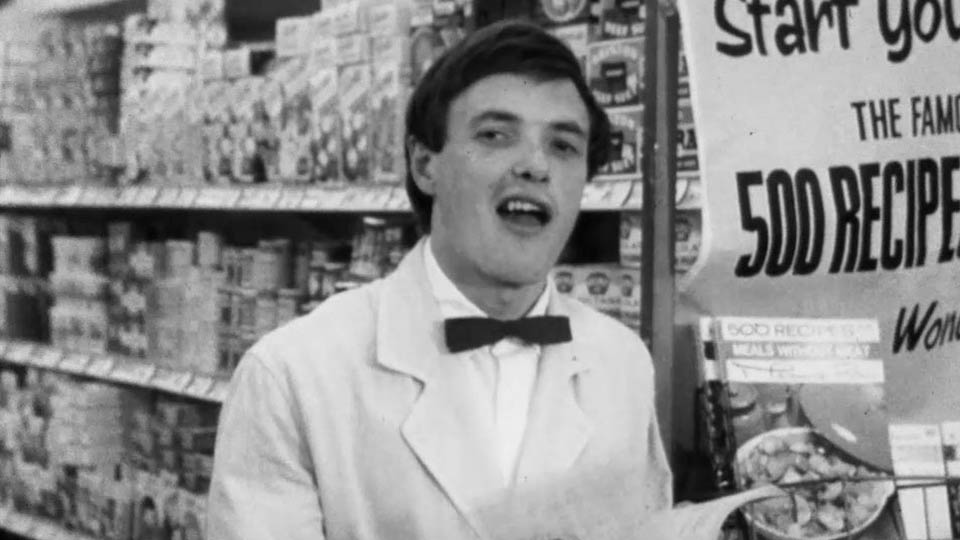 It’s been over fifty years since their last UK transmission but now, three classic episodes from 60s British television series The Likely Lads and Till Death Us Do Part have been recovered and restored, and are due for release alongside re-mastered versions of their feature film spin offs.

Five decades after they were junked from the BBC archives and believed missing for all time (as was the short-sighted policy at the time), these exciting finds from private collectors, technicians stores and even skips, bring hope that further episodes from classic television series of the era can be found – mirroring finds of episodes from other beloved series such as Dad’s Army and Doctor Who. If only Rodney Bewes had lived long enough to see their return.

Network Distributing’s in-house studio have tracked down and restored these materials, and have announced DVD/Blu-ray and VOD releases of the following titles:

Starring the late Rodney Bewes and James Bolam from comedy writing legends Dick Clement and Ian La Frenais (who went on to write Porridge together), The Likely Lads (1964-66) was a phenomenally successful series following Bob and Terry as life-long friends with vastly different outlooks on life. The BAFTA winning sequel series, Whatever Happened to the Likely Lads? (1973-74) aired ahead of the feature film spin-off, The Likely Lads, in 1976.

The film charts Thelma’s (Brigit Forsyth) continued annoyance at her husband Bob’s (Bewes) disruptive friend which shows no sign of abating. But when Terry (Bolam) lands himself a new girlfriend Thelma sees her chance to finally get Terry married off and out of her and Bob’s life forever!

Now receiving its first ever release on Blu-ray this presentation includes High Definition re-masters of two episodes from the original series which have been recently discovered on 16mm telerecorded prints.

Of the 21 episodes from the three original series, only eight episodes were known to exist prior to 2016, at which time two previously lost examples resurfaced together on 16mm telerecordings from a private collection. These two ‘lost Likely Lads’ – A Star is Born and Far Away Places – are presented here for the first time, unseen since 1967.

Created by Johnny Speight, the hugely controversial – and popular – character of Alf Garnett (brought to life by Warren Mitchell) was used to caustically satirise the less acceptable aspects of entrenched working-class culture in the form of his highly opinionated, true-blue, not always politically-correct ideals.

Debuting in the 60s TV series, Alf made the leap to film alongside series regulars Dandy Nichols, Una Stubbs and Anthony Booth. Set in 1939, Till Death Us Do Part begins with the declaration of war. But Alf has got bigger problems on his plate – he’s only been married to Else (Nichols) for four weeks and they’re already sick of the sight of each other!

50 years since it premiered in cinemas, Till Death Us Do Part receives its first Blu-ray release and includes an episode from the original series long since thought lost when following their original transmissions, practically all the first three series of the original series were wiped. Only now, with the recent discovery of telerecording 16mm prints, can this episode which originally aired in 1967 finally be presented here for the first time on blu-ray.

Sex Before Marriage – Alf breaks the monotony of wallpapering the living room by railing against the permissive society. The whole world has obviously gone sex mad – even the clergy are getting in on the act!

Till Death Us Do Part and The Likely Lads are part of Network’s recent launch of The British Film: Phase II home-entertainment label.

Advertisement. Scroll to continue reading.
In this article:James Bolam, Network Distributing, Rodney Bewes, The Likely Lads, Till Death Us Do Part, Warren Mitchell