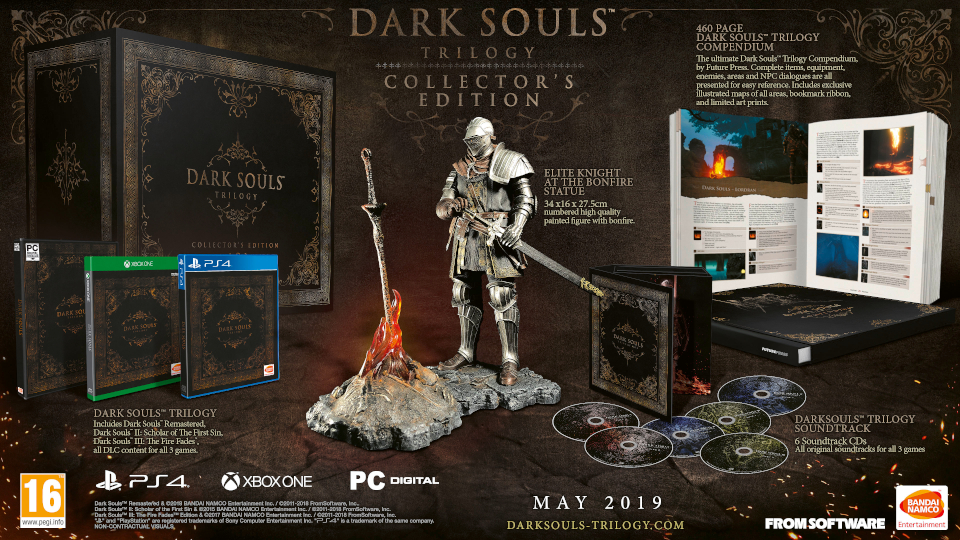 Dark Souls is by far one of my favourite games series there has ever been. I love its gloomy atmosphere, endless character customisation, its strange sense of fashion and its punishing difficulty. For some reason in Dark Souls I love getting killed, a lot. I’ve bought and completed all of the games and am gutted that there won’t be any more. For the really devoted fans out there Bandai Namco are releasing a European version of the Dark Souls Trilogy for Xbox One, PS4 and PC.

It’s available to pre-order now and delivery will begin on 31st May and go from there on a first come first served basis. There is a limit of only 2,000 copies so you’d better move fast. Oh and it costs £449.99! Yes you read that correctly £449.99.

For this rather eye watering price you will get:

If you’re a big fan of the series and you’ve got the spare cash now is the time to get on this before they are all gone!

You can check out some Dark Souls screenshots in our gallery below: