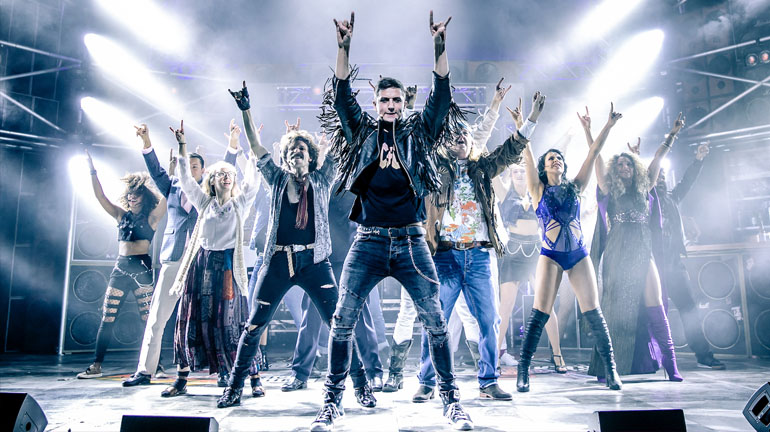 Rock of Ages at Leeds Grand Theatre Credit The Other Richard

Award-winning musical Rock of Ages is set to make its first visit to Leeds Grand Theatre in the Summer of 2019, with Strictly Come Dancing champion Kevin Clifton in the lead role of Stacee Jaxx.

Now a global smash with hit seasons on Broadway, London’s West End and Las Vegas – including a star-studded Hollywood movie – Rock of Ages is an LA love story lavished with over 25 classic rock anthems, including The Final Countdown, I Want To Know What Love Is and We Built This City.

Credit: The Other Richard.

Rock of Ages is at Leeds Grand Theatre from Monday 29 July to Saturday 3 August 2019. Priority Membership tickets on sale from Wednesday 16 January. General on sale is Wednesday 23 January. Book online at leedsgrandtheatre.com or call Box Office on 0844 848 2700