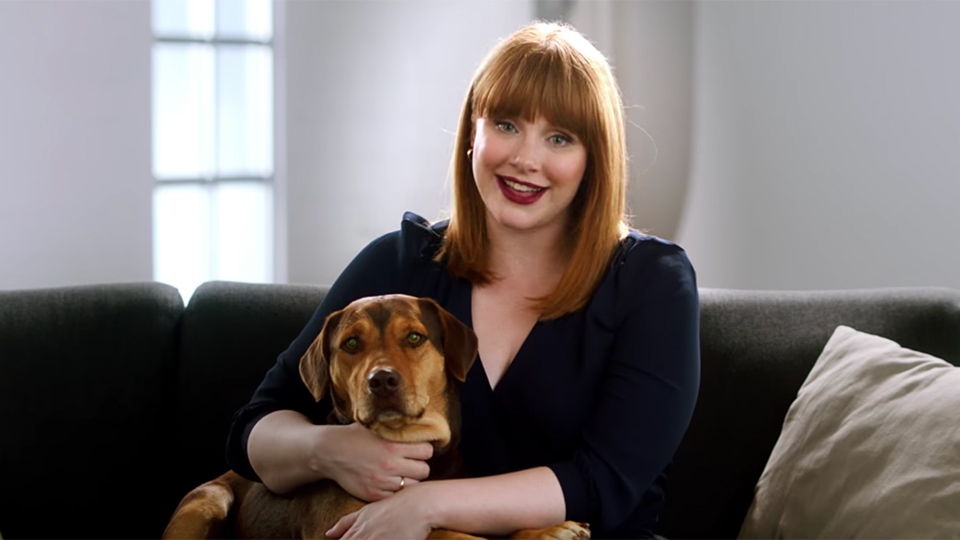 A featurette entitled Finding Bella has been released for upcoming family movie A Dog’s Way Home.

Starring actress Bryce Dallas Howard, who voices the character of Bella, the featurette tells the story of how Shelby, the dog who portrays Bella, came to be involved with the film.

Bryce explains, “Of course the dog playing Bella would have to be a rescue. We discovered Shelby at a shelter in Tennessee where she had been living in a junkyard. Immediately you could tell that Shelby was going to take us on an amazing journey. She’s incredibly spirited, affectionate and bright.”

Being selected for the movie, Shelby found her own happy ending too. Bryce reveals, “We found our Bella and she had no idea how much her life was going to change. Since filming she’s become a therapy dog and knows this is her new purpose – to take care of people and to make them feel loved.”

A Dog’s Way Home chronicles the heartwarming adventure of Bella, a dog who embarks on an epic 400-mile journey home after she is separated from her beloved human. It stars Bryce Dallas Howard, Ashley Judd, Jonah Hauer-King, Alexandra Shipp, with Wes Studi and Edward James Olmos.

Watch a clip from the film entitled Go Home: