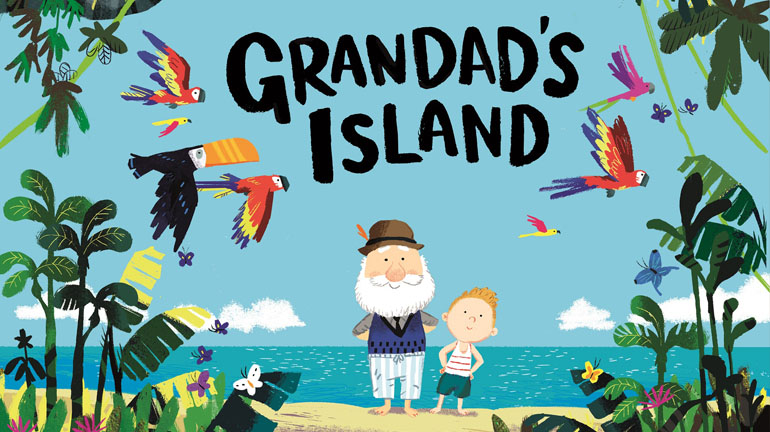 Grandad’s Island invites you to join the intrepid duo as they head off on a heart-warming adventure filled with songs, laughter and jungles that will change their lives forever…

The play is based on the book by Benji Davies — illustrator, author and animation director. Grandad’s Island won the children’s book category of the AOI World Illustration Awards 2015 and was crowned Best Picture Book and overall Children’s Book of the Year at the Sainsbury’s Children’s Book Awards 2015.

Director Matt Aston, who also adapted the book for the stage, said: “I first read Grandad’s Island in a book shop in the summer of 2015 whilst looking for a new story for my two boys. I knew immediately I wanted to adapt it for the stage.”