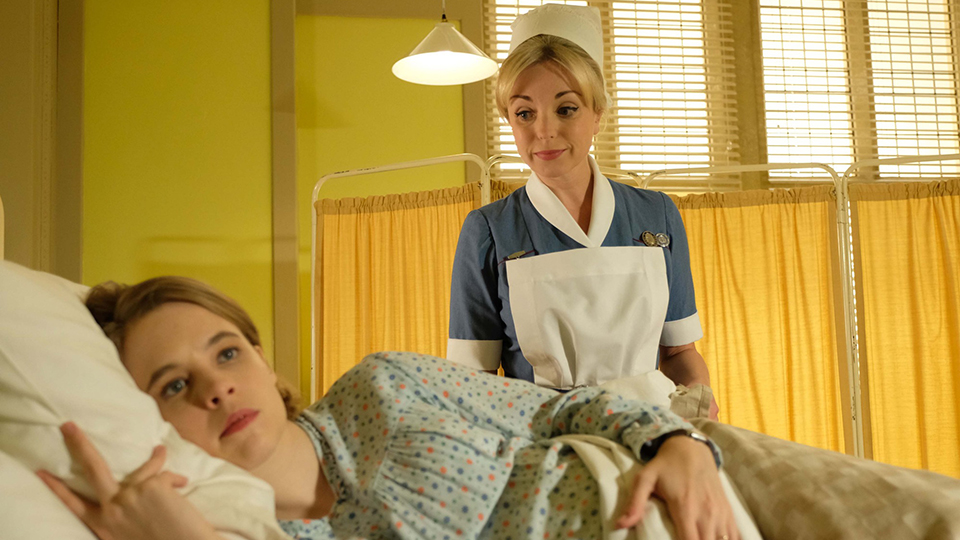 Popular long-running period drama Call the Midwife is back on Sunday for its eighth series.

It’s springtime, and with extra help needed in Poplar Mother Mildred decides to send Sister Frances and Sister Hilda to Nonnatus House, where they will live and work.

Everyone is excited for the impending arrival of the Queen’s baby. Violet is holding a Teddy Bears’ Picnic and raising funds through a sweepstake on whether the Queen will have a boy or a girl. The midwives are introduced to their new midwifery bags but Sister Monica Joan is distressed when she sees Fred burning the old leather ones.

Lucille is caring for heavily pregnant Lesley White, whose sister Cath, an aspiring model, has been feeling extremely unwell. Back at the maternity home, Shelagh has to step in to help Trixie with a birth that takes a surprise turn.

The series is created and written by Heidi Thomas. It is executive produced by Pippa Harris, Heidi Thomas and Ann Tricklebank.

Call the Midwife series eight starts at 8pm on Sunday 13th January 2019 on BBC One.

Advertisement. Scroll to continue reading.
In this article:BBC One, Call The Midwife