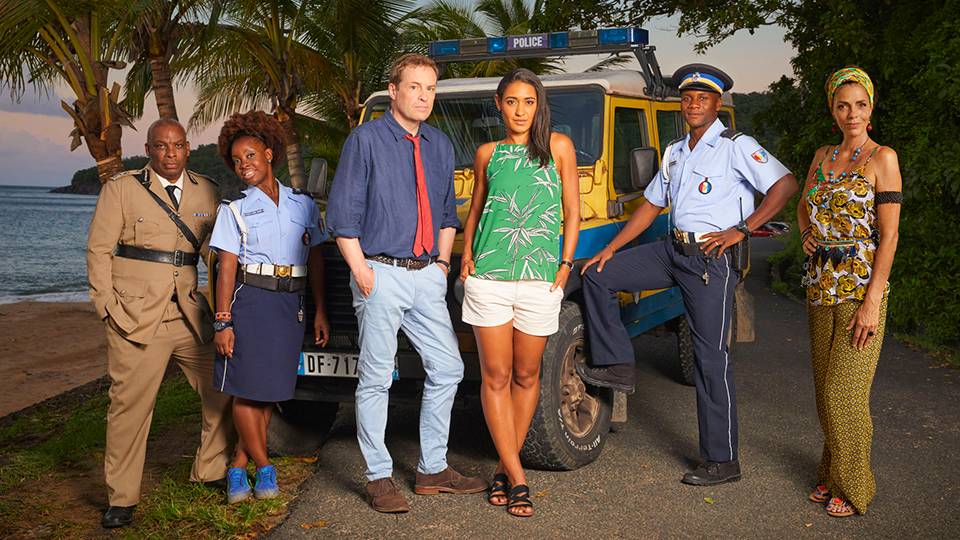 Long-running crime drama Death in Paradise returns to BBC One for its eighth series tonight.

Tim Key, Executive Producer of Death In Paradise said: “We’re delighted to be able to announce one of our strongest ever guest casts and this series not only delivers the usual mix of fun, sun and mystery but also packs more shocks and surprises than our audience might be expecting. One puzzle in particular will have repercussions that our team could never have expected.”

Tonight’s opening episode sees Mooney and the team are left baffled when passenger Paul Raynor (Andrew Tiernan) is stabbed on the express bus to Honoré. Suspicion falls upon the fellow passengers, but with no drop-off points and no-one leaving their seats, how on earth did anyone commit the murder without someone else seeing?

Since launching in 2011, Death in Paradise has cemented its position as one of the BBC’s highest rating dramas.