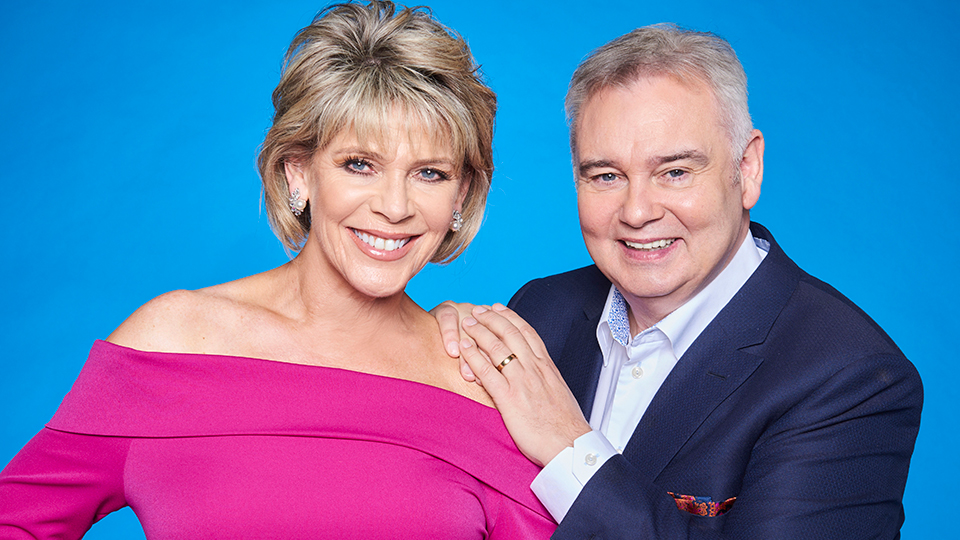 ITV’s flagship daytime show This Morning will air on Sundays for 10 weeks starting from 20th January 2019 at 10.30am.

The channel has commissioned ten 60 minute shows to be fronted by Eamonn Holmes OBE and Ruth Langsford. This Morning on Sunday will feature handpicked moments from throughout the week as well as new and exclusive content.

The news was revealed by Phillip Schofield live on air earlier today. He said, “We have an exciting announcement to make for Sunday mornings, with a weekend episode of This Morning! Eamonn and Ruth will be taking you through the highlights of This Morning from that week with some exclusive guests and lots of weekend treats thrown in for good measure.”

Eamonn and Ruth are already well-known to viewers of the show. The husband and wife team are hugely popular.

Eamonn said, “We’ll be there on Sundays to put the cherry on top of your best This Morning bits of the week. Not only will anything you’ve missed be featured, Ruth and I will also be adding our own fresh content that you won’t have seen.”

Ruth added, “So stay in your pyjamas, put your feet up and enjoy a Sunday on This Morning with us!”

Eamonn and Ruth will bring stories from behind the scenes as well as a sneak preview at next week’s show on This Morning.

This Morning on Sunday, starts from 20th January on ITV from 10.30am

In this article:Eamonn Holmes, Ruth Langsford, This Morning