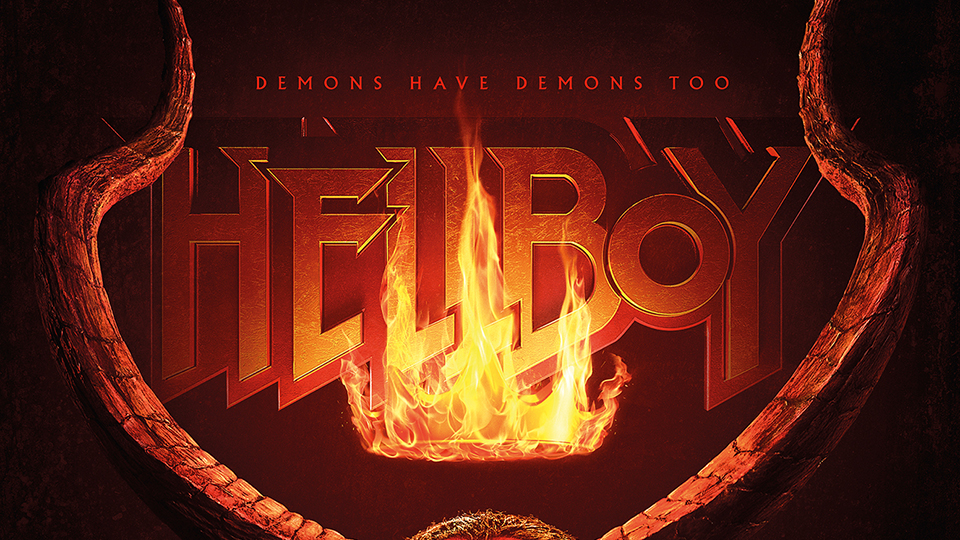 The official poster has been released for Neil Marshall’s reboot of Dark Horse Comics’ Hellboy.

The official poster can be seen below:

Alongside the one-sheet poster, a motion poster has also been revealed. Harbour posted it on his official Instagram account and you can take a look below:

Awwwww, crap… Look who’s coming in April. No, not the 50% still left of the Avengers – hell, that’s practically May… April 12th showers bring one Big Red Flower, beast of the apocalypse, The right hand of doom, the buttkicker of the BPRD, and a host of all kinds of big ole giants and witches and fairies and janky overgrown ugly pig monsters from your nightmares. Trailer drops Thursday #aboutdamntime #hellboy 😈

The details for Hellboy are being keptly tightly under wraps. The film was written by Andrew Cosby, Mike Mignola, Christopher Golden and Aron Coleite with Lawrence Gordon, Lloyd Levin and Mike Richardson producing.

Hellboy will be released in UK cinemas on 12th April 2019.