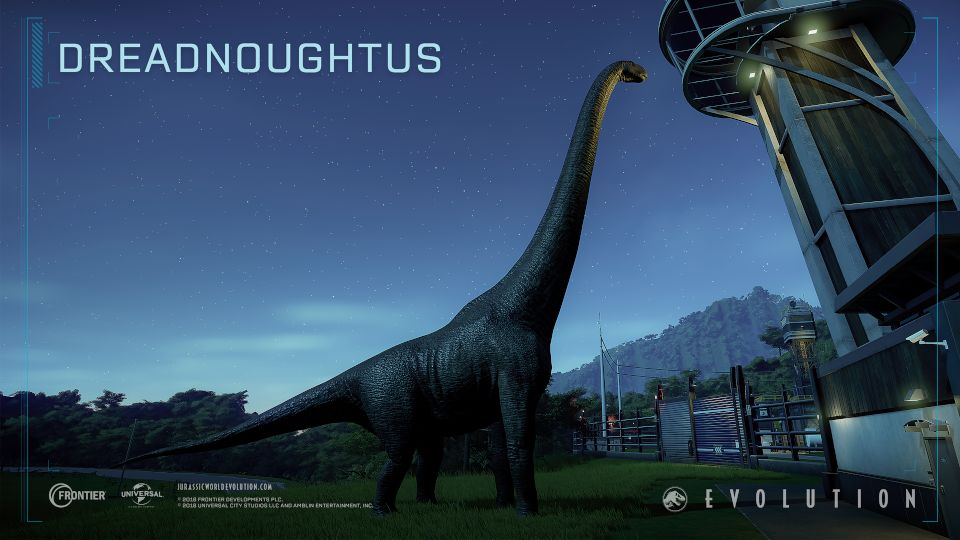 If you like dinosaurs then you’ve probably been realising your dreams of having your own dinosaur zoo in Jurassic World Evolution breeding your own heady mix of dino hybrids while trying to stop them eating each other. Well now you can add you favourite dinos from the Cretaceous period into the mix. The pack is currently £3.99 on Steam.

Expand your dino collection with the Iguanodon, a herbivore unusually comfortable on four legs or two; Carcharodontosaurus, the largest known carnivorous dinosaur; and Dreadnoughtus, a truly colossal herbivore.

Also, on December 13th, all players will receive a free update to the base game that includes challenge mode features to every island along with new sandbox options including controls for dinosaur aggression and new UI features making management more accessible.

You can buy Jurassic World Evolution from Steam

Jurassic World Evolution places players in charge of operations on the legendary Isla Nublar and the surrounding islands of the Muertes Archipelago. In charge of its destiny, players can construct attractions, containment and research facilities as they build their own Jurassic World. They can bioengineer new dinosaur species that think, feel and react intelligently to the world around them, and can choose to control the big picture with deep, accessible management options or go hands-on to confront challenges on the ground or in the air in action-based gameplay. Every choice leads to a different path and spectacular challenges arise when “life finds a way.”