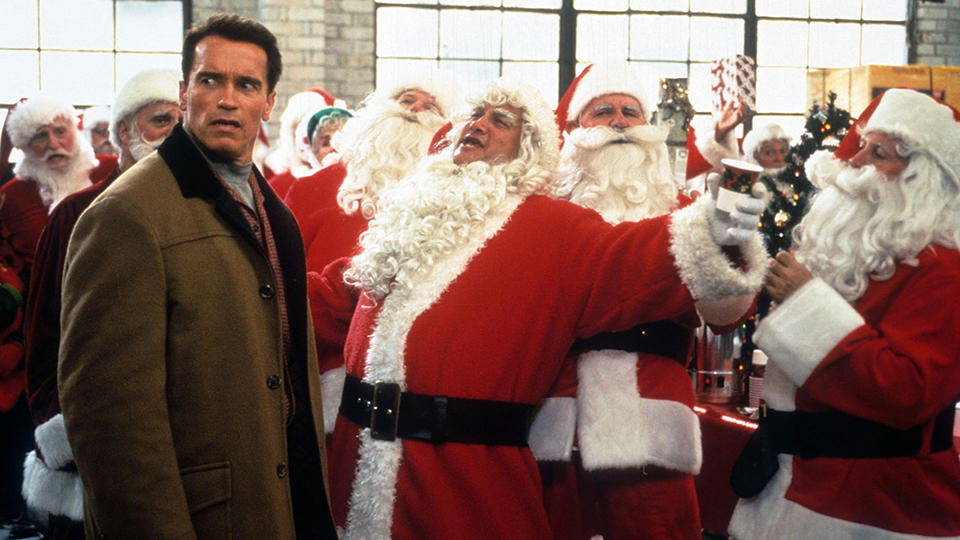 Today’s letter on our Christmas Movies A to Z is J and we’ve picked Arnold Schwarzenegger’s holiday classic Jingle All the Way.

Arnie plays mattress salesman Howard Langston who feels he doesn’t get to spend enough time with his family. After missing his son Jamie’s (Jake Lloyd) Karate class graduation, Howard tries to make it up to him by getting his hands on an action figure of Turbo-Man.

Under pressure to get one, especially as his wife Liz (Rita Wilson) asked him to get on two weeks earlier, Howard discovers he’s not the only person trying to hold of the elusive toy. As he tries to find a store with Turbo-Man in stock, Howard comes up against Myron Larabee (Sinbad) who is trying to do the same.

Jingle All the Way was pretty negatively received on its release, which is a bit baffling as it’s a complete festive popcorn movie. Is it the best film you’ll ever see? No it’s not but it is a whole lot of fun and who doesn’t love Arnie?

Pick up a copy of Jingle All the Way on Blu-ray
.

Another film worth a watch this Christmas season is 1998’s Jack Frost starring Michael Keaton, Kelly Preston, Mark Addy and Joseph Cross. The festive fantasy film is about a man who is brought back to life as a snowman by his son a year after his death. It’s an emotional film that will have you reaching for the tissues.

Advertisement. Scroll to continue reading.
In this article:Christmas Movies A to Z, Jingle All The Way