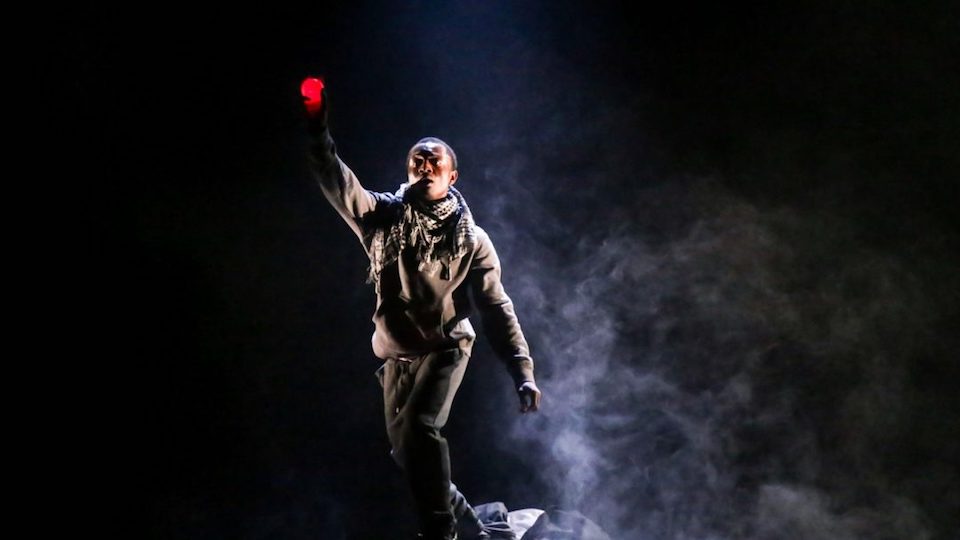 Mum’s promised him that bike so even when school or homelife bites, he knows to keep his chin up, his head down and his shirt clean. No harsh word, no sudden push to the ground will distract him from growing up to be a good man. Because in the end, everyone who’s good gets what they deserve. Don’t they?

Set during the early noughties, good dog tells the story of growing up in a multi-cultural
community, and the everyday injustices that drive people to take back control.

The inspiration for Kene’s delicately observed and fearlessly-told play stemmed from a desire to imagine what drove his friends and community to riot in the summer of 2011 – in London and beyond – but it has become a chronicle of a community struggling to survive and fighting back.

Kwaku Mills said, “I’m beyond excited to be joining good dog. I’ve admired Arinze’s work for a while now, so it’s a real honour to get to perform his words. It’s such a vibrant, intelligent urgent play, and a gift of a character to work on. It’ll be my first time performing at all the venues on the tour so I look forward to getting the show on the road along with Natalie and the rest of the team!”

Commenting on reviving good dog for 2019, Natalie Ibu said, “It’s a real thrill to be able to bring back Arinzé’s play – an astonishing love letter to the people and places that leave their mark on your life – and tour it to more places, meeting more people. In the wake of the Brexit vote, it was a troubling thesis about what happens when you are unseen and unheard, and this only gets louder as time goes on. At tiata fahodzi we pride ourselves in seeking out stories that see those who sit outside the singular narrative. We refuse to oversimplify the African diaspora and, instead, relish the complexity. We want to multiply the narratives – about ourselves and each other – and debate the mixed experience of Britain today and tomorrow.”

The 2019 national tour of good dog is supported by Arts Council England.