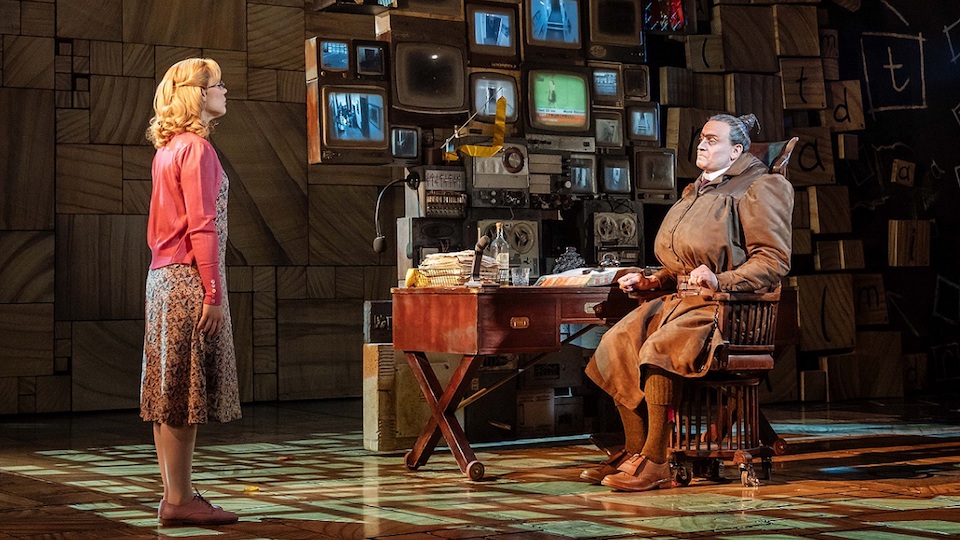 The Royal Shakespeare Company’s Matilda The Musical has partnered with Covent Garden to offer visitors a rare opportunity to sit in Miss Trunchbull’s chair, if they dare…

Designed and built by the set and costume designer for the show, Rob Howell, the iconic headmistress’ chair is positioned on a book plinth in Central Avenue in Covent Garden until Sunday 6 January for shoppers as part of Covent Garden’s interactive family offering.

The 1.2m wide and 3.5m high steel chair was made by 9 people and took 200 hours to create. The installation is a short walk away from the Cambridge Theatre, home of Matilda The Musical.

Gina Beck who plays Miss Honey in the multi award-winning production of Matilda The Musical and Sara Munday who is one of the four actresses who share the title role, joined Covent Garden shoppers to switch on their world-famous Christmas lights alongside The Kingdom Choir and Paloma Faith on Tuesday 13th November.

Matilda The Musical is written by Dennis Kelly, with music and lyrics by Tim Minchin, developed and directed by Matthew Warchus. The production is designed by Rob Howell, with choreography by Peter Darling, orchestrations, additional music and musical supervision by Christopher Nightingale, lighting by Hugh Vanstone, sound by Simon Baker and the special effects and illusions are by Paul Kieve.

Winner of over 85 international awards, including 16 for Best Musical, Matilda The Musical is also now touring the UK and Ireland. Matilda The Musical is produced by the Royal Shakespeare Company with André Ptaszynski and Denise Wood as Executive Producers. The production was developed with the support of Jeanie O’Hare and the RSC Literary Department.

The West End production of Matilda The Musical is booking until 24 May 2020 whilst the UK and Ireland Tour will be playing in cities across the country until 17 August 2019.