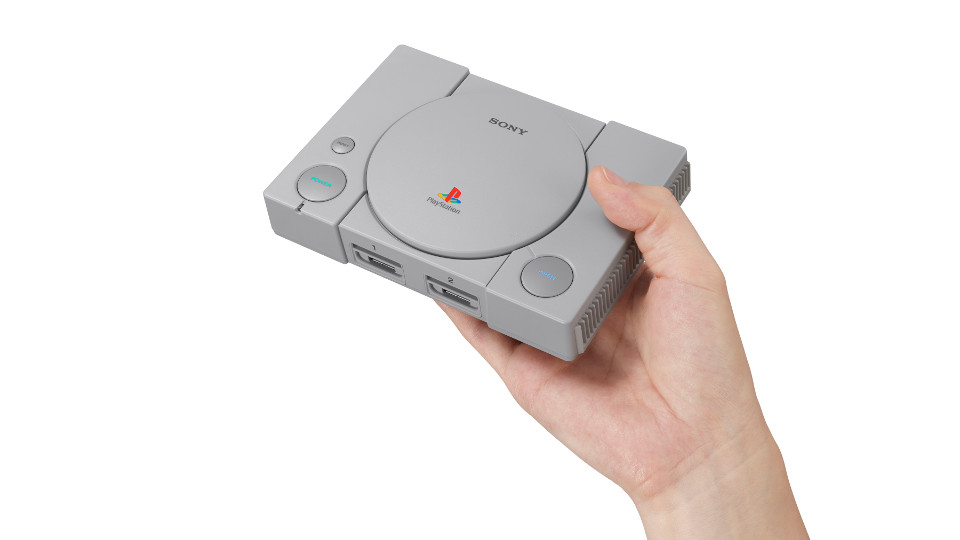 PlayStation Classic is surrounded in a lot of mystery–most of which has caused some outrage to PlayStation purists. In simplifying–is it worth it? We’ll break down the hardware and throw in some well-informed opinions here.

Curiously enough, it looks like Sony has decided to run PAL versions of at least some of the games. As a native North American, I wasn’t quite aware of the specifics that the European market received in their versions of the software. To put it succinctly, the European ones (PAL) would run at a higher resolution but lower frequency, sacrificing render rates, thus running the game a tad slower than its NA counterpart. The reverse–faster gameplay but lower resolution would be the NTSC (North American) version.

The PlayStation Classic’s source code (which we’ll reference a few times here) can be found acknowledging both PAL and NTSC versions of the games. This is where most of the running speed complaints come in–a good example of seeing a game run slower can be found in Tekken 3. Snappy fight controls and button response were always a highlight of this title at the time of it’s release. As you pull out someone like Eddy, you do in fact notice a speed difference if you were raised on Tekken, but it’s not at all a deal breaker and completely playable. The amount that the game slows down is noticeable, but nothing that would make it unbearable. Still, the question lingers–why did Sony choose PAL over NTSC for these titles?

Keeping with the source code, we also find a list of familiar names hiding in the “title.h” file. These included quite popular PlayStation games at the time such as Legacy of Kain: Soul Reaver, Parasite Eve, Tomb Raider I and II as well as Crash Bandicoot 1 and 2 amongst many more. With a good number of people upset that their favourite games didn’t get chosen, this list (with many more that are on it) is bound to stoke the anger with some fans, but if you think a bit wider you might come to a different conclusion. The list suggests that the games were in plans to be on the PlayStation Classic at some stage in the development, but perhaps due to licensing it was impossible to assemble them together. Sony wasn’t out of touch with what the gamers wanted for the Classic–in fact they really put a hand forth to try and deliver, but sometimes legalities don’t dictate in favour. All of this being speculation, of course, but it’s hard not to see it any other way with the sequence of events.

The hardware itself is a pretty capable little beastie, taking advantage of an ARM-flavoured SoC and PowerVR graphics, and very usefully, HDMI output, albeit at 720p. This makes it ready to go with modern televisions with no messing with any sort of clever adapters. The machine is powered via a micro USB port, and as it only requires 1 amp at 5 volts, any micro USB mobile phone charger will run it; perhaps even some TV USB ports would even be able to drive it (you’ll have to supply your own cable for that). Apart from the console itself, you’ll also find an HDMI lead and a couple of very cool original PlayStation controllers updated with USB type A connectors on them.

On the software side, the PlayStation Classic seems to be running a customised version of the PCSX PlayStation emulator, on top of Linux with some Android in there. It boots quickly and looks good enough to rapidly get to launching the games. All of the open-source software supporting it (and there is a lot of it) is all properly acknowledged as it should be – licenses and all the legal stuff, right there in the menus. Although it doesn’t support memory cards, there’s some inbuilt storage that acts in the same way, so you can save progress as you need to.

Now, time for the most important question of them all: is it fun? The answer is yes. With the setbacks of the speed and perhaps not having your favourite game in the lineup, the PlayStation Classic is fun and more than worth it. The eclectic mix of games gives you a broad spectrum of what the PlayStation had to offer, and I suspect for a lot of people one or two of the bigger titles will be more than worth the purchase. Let’s take Final Fantasy 7 for example. You get the no mess, every disc version of the game without having to pop up Ebay and sort out the whole PSOne kit. An interesting feature with the controllers included (not saying this is how you’ll choose to enjoy them) is that they can be mapped seamlessly to PC quite easily too, doubling for any gaming need you might seek in that respect.

I know people have their hangups about this neat little piece of gaming, but there are plenty of folks out there that have never played an emulator, let alone know how to run one or don’t wish to face the risks that go along with playing emulated games. For those people, PlayStation Classic is a tidy bundle with no messing, plug and play technology, allowing a new generation of gamers to dip their toes into something that made history for us all. Sure, some of the games run a tad slower, but unless you’re a PlayStation purist, you’d never know, nor does it hinder any enjoyment in the overall experience. There’s plenty of Japanese charm with the game choices and hours upon hours of RPG gameplay to really get your money’s worth.

View some photos of the PlayStation Classic in our gallery: