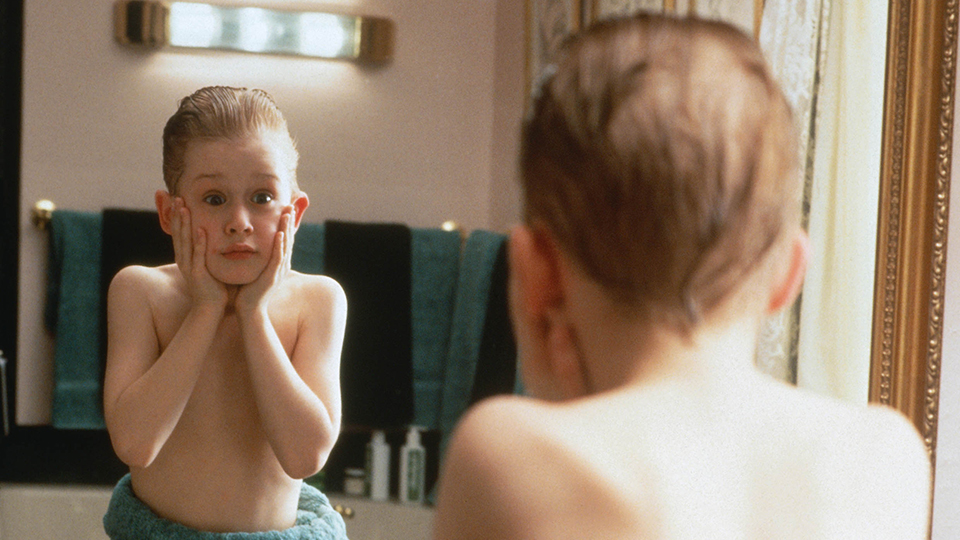 Today we arrive at H in our Christmas Movies A to Z and the choice simply has to be Home Alone.

The 1990 classic made a global star of Macaulay Culkin and it’s been both a blessing and curse for him. Home Alone focuses on the McCallister family who in a rush to get to the airport, leave their son Kevin (Culkin) behind in the family home.

Initially delighted to have the house to himself, Kevin soon finds he has to keep his wits about him when two burglars (played by Joe Pesci and Daniel Stern) attempt to break in. Kevin sets up a series of traps and does everything he can to outwit them and keep his home safe.

Home Alone is considered a family classic and one of the ultimate Christmas movies. It was directed by Chris Columbus and written by the legendary John Hughes.

If you don’t have Home Alone in your collection, then you should get yourself a copy!

If you’d rather watch something from the golden era of cinema, then you should choose Irving Berlin’s Holiday Inn starring Bing Crosby and Fred Astaire. The black-and-white musical comedy will make you feel very Christmassy and it’s packed with fantastic music that you’ll likely know. Plus, do you really need much else in life other than a film starring Bing and Fred?

Advertisement. Scroll to continue reading.
In this article:Christmas Movies A to Z, Home Alone