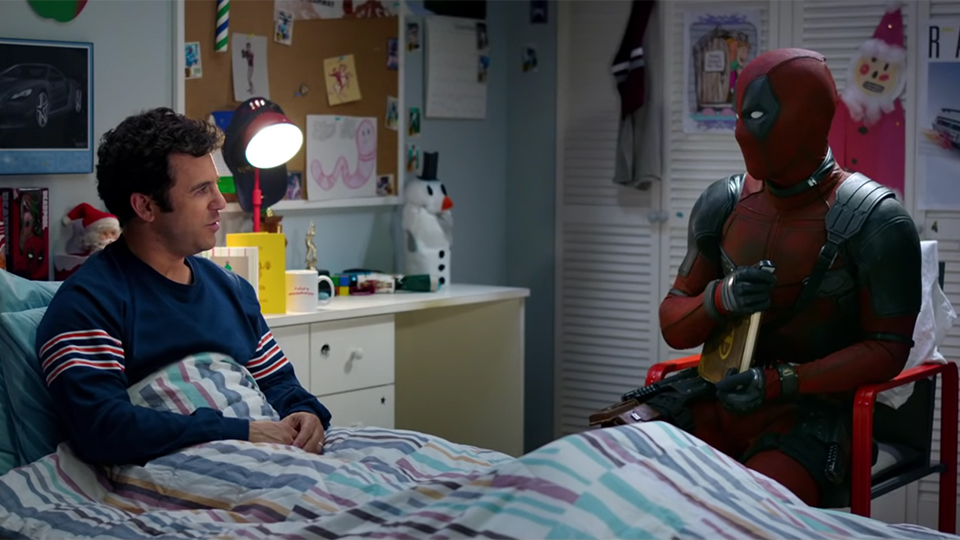 A new 30-second UK trailer has been released for Once Upon a Deadpool.

Featuring Fred Savage strapped to a bed and Ryan Reynolds in character as Deadpool, the trailer sees the two engaging in a quick-fire round of questions. Watch it below:

At one point Fred asks, ‘what happened to the UK?’ to which Deadpool replies, ‘Brexit, it’s crazy’. Fred clarifies that he was actually asking about the rating to which Deadpool quips, ‘oh it’s still 15 over there. I don’t know what those guys are smoking!’

The new trailer follows the release of the recent full-length official trailer and the one-sheet poster. Take a look at the poster below:

Once Upon a Deadpool is a recut version of Deadpool 2 with some additional scenes. It will be released in UK cinemas for one night only on 11th December 2018.

In this article:Fred Savage, Once Upon a Deadpool, Ryan Reynolds