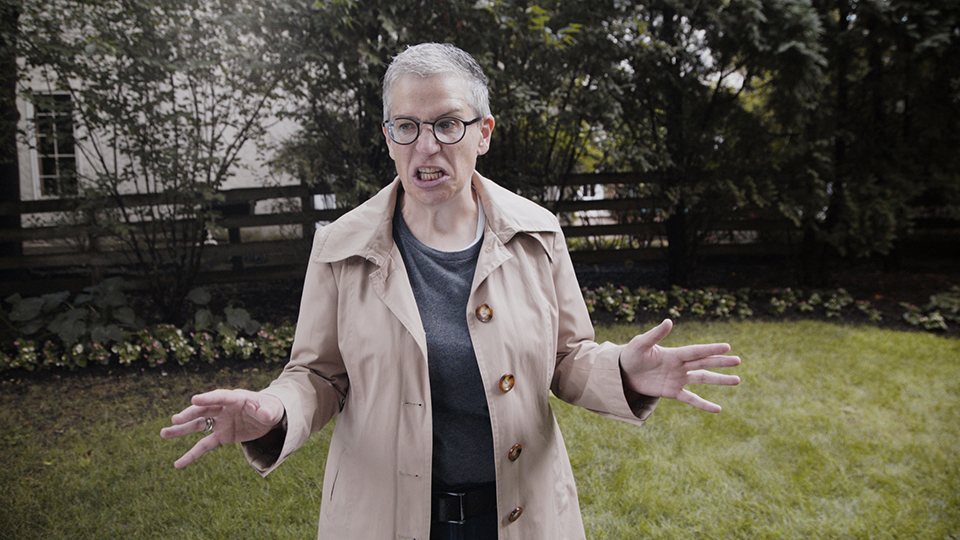 Ghost Squad, an official selection of the New York Television Festival, is created by Andy Kushnir and Carly Moseley and it tells the story of self-proclaimed paranormal investigator Desperado Miller (Abby McEnany) who assembles a rag-tag team to help her deal with spirits haunting a mansion in Glencoe, Illinois. The pilot episode is a mockumentary that pays loving homage to the many ghost hunter-style shows that are on TV and crosses it with the comedy style of shows such as The Office and Parks and Recreation.

Kushnir, a former writer of Iliza Schlesinger’s Freeform show Truth & Iliza and a staff writer for Cards Against Humanity, pulls double duty as the director and co-writer of the pilot episode. The episode sets the tone of the show immediately as Desperado explains that she became a paranormal investigator after her mother was murdered by a ghost. Once that revelation is out of the way, the absurdities keep on coming as do the many laughs.

Desperado surrounds herself with the oddest group of people she could possibly have found. Among her team of ‘experts’ is corporate motivational speaker Wind Larmer (played brilliantly by co-creator/writer Carly Moseley), medium clairvoyents The Dinkel Twins (Jo Feldman and Neil Jacobsen), psychic Sendrick X (Peter Kim) and zoologist Frank Fanning (Damian Anaya). During the pilot each of the characters gets the chance to shine and I was most taken with Wind Larmer, who spits out hilarious motivational speeches at the drop of a hat.

What Ghost Squad does very well is recreate the feel of shows such as Ghost Hunters and Most Haunted. There’s a dark tale about the haunted house that involves a betrayed housewife poisoning her husband and all of their party guests, and accidentally her children and the dog. It’s the kind of nonsense story that reels people in on these types of shows and it’s perfect fodder for Ghost Squad to make fun of.

The show’s dialogue is very sharp, which means the laughs come frequently. The characters are so incredibly unaware of how ridiculous they are (like Michael Scott in The Office) and that’s where a lot of the humour comes from. None of the characters is actually capable of doing the job they believe they have the skills for but watching them trying to do it terribly is very entertaining.

Kushnir and Moseley are onto something with Ghost Squad. It feels like it could fit nicely in the current TV landscape and it’s certainly funnier than a lot of stuff that makes it onto our screens. With a colourful cast of characters, plenty of material to fill countless episodes and a strong pilot, I’d be very interested to see more of Ghost Squad. Let’s just hope there’s a full series in the pipeline!