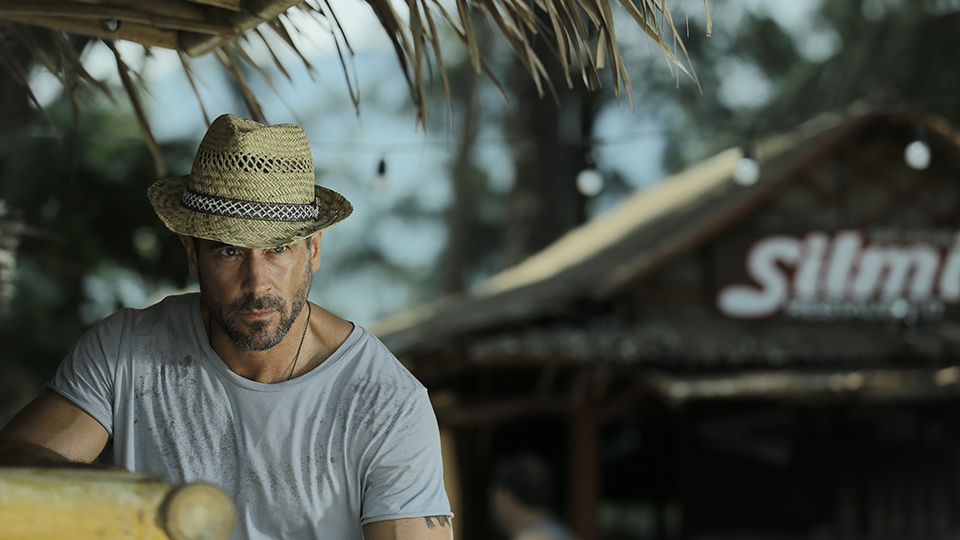 Farang (which means Foreigner in Swedish) is a 2017 eight-part thriller from Swedish broadcaster TV4, available over her via the excellent Walter Presents service. It centres around Rickard (Ola Rapace – former husband of Noomi Rapace, best known as Lisbeth from the Millennium series of films), a Swede living in Thailand. We don’t know much about his background after one episode, except for a few flashbacks that point to a lawless past, suggesting he’s in Asia to escape the authorities or the criminal underbelly.

If you don’t want to ready any spoilers, we suggest you stop reading this article immediately.

But his privacy is about to be rocked, as he’s being sought by a teenage girl, Thyra, who claims to be his daughter. She arrives in Thailand having traced the man she believes to be her father via a photograph on the internet. Rickard manages to avoid her for the time being, worried that if he does identify himself it could jeopardise her safety as well as his own freedom.

But Thyra gets involved with a young lothario, Fabian, who does fire-juggling tricks on the beach by night, and a side-line in seducing women and using them as drug mules by day. But is his interest in Thyra just friendship, or does he and his older drug-running partner, Birdie, have other ideas for the pretty young Swedish girl?

The word that best describes this series is gritty. Rickard rarely smiles – he has that pensive, determined face that suggests he’s always on the verge of violence – one step away from giving someone a damn good thrashing! His paternal instinct is clearly piqued by this girl who claims to be his daughter, but will this land him (and her) in deep water?

The first episode sets the scene nicely, establishing the main characters and finishing with a flurry as we see Florian and Thyra carted away by the police after Rickard planted evidence on the young man in a misguided attempt to get him away from Thyra.

It’s a little formulaic at times, perhaps, but the Thai setting rises it above the norm. There’s plenty of local colour – Thailand looks both idyllic and repugnant at times, with cock-fighting seeming to be a favoured pastime for the locals.

Ola Rapace is actually a fine actor – he was in Skyfall and has a long list of credits on his CV. His character here is a little one-dimensional at first glance, but it’s only the first episode – it’ll be interesting to see how he develops at the series progresses. Worth checking out, definitely.

Walter Presents Farang: Dead Man Running premiered on Channel 4 on 27th November and the entire series in now available to view free on All 4.