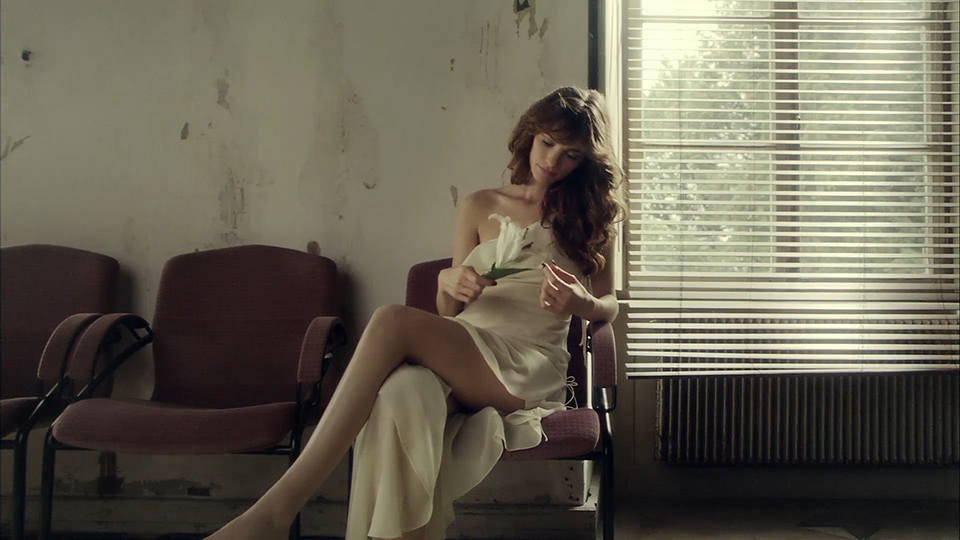 For the first 58 minutes of this French dark comedy from 2011, I genuinely thought the good people at Walter Presents had lost the plot! This is a real departure for Walter from his more traditional thrillers from around the world – but that’s not to say that it’s not entertaining, because it most certainly is.

If you want to avoid spoilers, stop reading this article now as it contains spoilers from the first episode of The Money Shot.

The Money Shot (Xanadu in its native France) centres around The Valadine family. They, like many families, have a business that they’ve nurtured over the generations; but somewhat unusually, their business is pornography. Their production company – the Xanadu from the French title – is run by the Hugh Heffner-like father figure, Alex. But their business model is old-fashioned, catering as it does on soft-core adult films. Eldest son, Laurent, is keen to move the business into the 21st century, embracing the internet and more contemporary production techniques. He and his brother, Lapo – who produces arty erotica – go behind their father’s back to produce their own adult movie (starring the wonderfully named Brendon Hardon). This somewhat disastrous enterprise features one of a series of dream-sequences, many of which are quite bizarre.

The establishing of this complicated back-story occupies most of the first 58 minutes of the hour-long show; but it didn’t prepare me for the extraordinary and violent final two minutes, which will be much more familiar territory for fans of Walter.

As you can probably tell, it’s very much a family-based drama. Much is made of the relationships between the Valadines and the conflicts that they and we all have within the family group. It’s got some wonderfully humorous (and blood thirsty) moments – for example, the spineless Laurent re-imagining his meek exchange with another motorist, complete with chainsaw! It’s well-written and quirky – but the fact that it was premiered at midnight is a clue to the adult themes that run throughout. Probably not something to watch with your Granny!

Up until the final few moments of episode one, I had thought this was a worthwhile and intriguing production, but probably something I wouldn’t bother continuing with – but that closing scene raised the bar significantly. Now I can’t wait to see how the rest of the series pans out. So, if you’re in the mood for a slice of saucy French drama with a jaw-dropping finale, this could be for you.

Incidentally, Sarah Valadine is played by Nathalie Blanc, who many of you might recognise from episodes of the fabulous French police drama, Spiral.

Walter Presents: The Money Shot premiered on Channel 4 on 20th November and the entire series is now available to view on All 4.