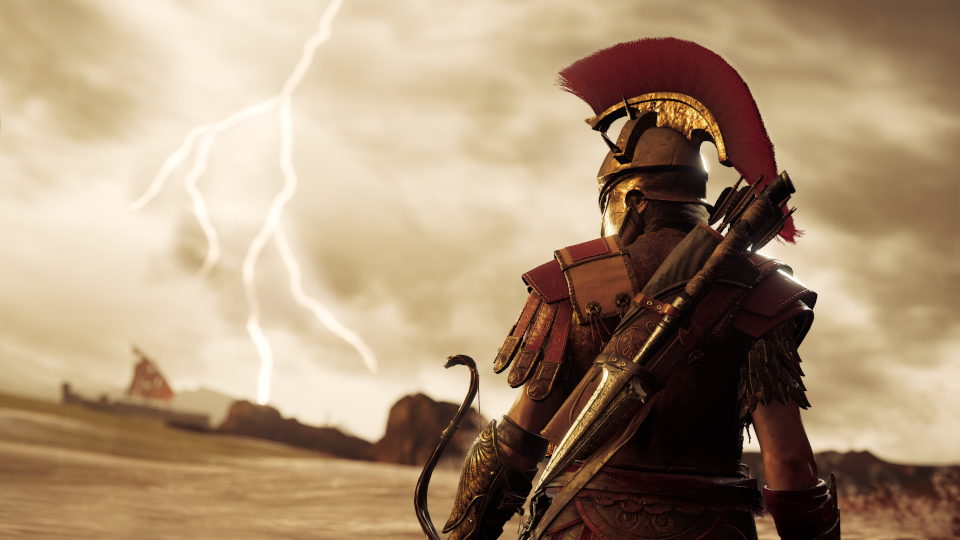 ‘Hunted’ is the first of three episodes Ubisoft plan to release for Assassin’s Creed Odyssey. The full series is called ‘Legacy of the First Blade’. They are promising the “Biggest and most ambitious post-launch plan for an Assassin’s Creed game”. The Hunted DLC will be released on December 4th across all platforms.

During Hunted, and the following two episodes, players will meet Darius. Darius is a figure of legend and was the first to wield the assassin’s hidden blade. Players will discover whether Darius is friend or foe whilst meeting a whole new cast of characters, fighting new powerful enemies, causing havoc on the high seas and uncovering more information about the Assassins Creed world.

The Legacy of the First Blade story arc will allow players to customise and upgrade new equipment and master new special abilities. Player choice will remain at the forefront with the decisions you make affecting your relationships with other characters.

After Hunted releases, the second episode, Shadow Heritage, and the third episode, Bloodline, will complete the first story arc in early 2019. Legacy of the First Blade can be purchased as part of the Assassin’s Creed Odyssey Season Pass, which is available from £29.99, or separately as a story arc, on December 4th.

Assassins Creed Odyssey is available now on PC, Xbox One and PS4.

You can stay up to date with all things Assassins Creed via the official site and all Ubisoft related news via their news page.

You can check out some cool screenshots in our gallery: