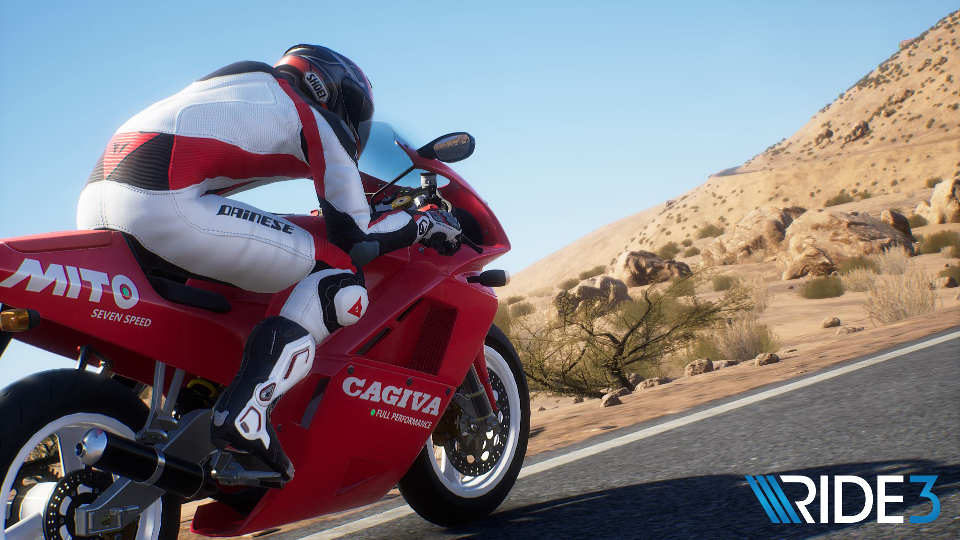 Milestone are back once again! After what feels like only a few weeks I have once more delved into the world of motorbike racing, this time with Ride 3.

So far, Milestone games have proven to be a mixed bag, from the disappointment of MXGP3 to the highs of MotoGP 18 I have experienced my fair share of motorbike racing. That being the case I really had no clue what to expect from Ride 3. True to form this one sits slap bang in the middle of the Milestone catalogue.

Ride 3 comes with a lot of content, this is a huge game comprising over 25 stages each with multiple tracks for you to compete on. There does seem to have been a step back however in terms of the quality of the rendering when compared to either of the titles I mentioned earlier. Though the night time races are excellent, the tracks in the day look somewhat basic, there is little in the way of scenery and the crowd (when they are present) are static and lifeless. This is disappointing particularly when stacked against the obvious care and effort that went into the bikes themselves. The machines look fantastic, the detail on each component is exceptional and will be a real high point for bike fanatics. They have even perfected the way the light bounces off different parts creating a truly realistic look. The riders are again somewhat disappointing and the customisation options really don’t showcase the game or the PS4 particularly well. All in all I felt like I was playing a Scalextric; stunning detail on the machine going around a bland and featureless circuit.

Watch the Ride 3 launch trailer below:

One of my most common complaints with motorbike games comes in the form of physics. Often these will be slightly too sensitive or will be entirely inconsistent. I had thought that Milestone had ironed out these flaws in MotoGP 18 but they are back with a vengeance. Many of you reading this will have played at some point one of those ride-on motorbike games at an arcade. Rocking back and forth and watching the character on the screen make loosely the same moves. Somehow, Ride 3 feels more like playing one of those games than a home console title. I spent more time spinning out across the sand than I have in almost any title. Were this down to my incompetence, which often this may have been, I could accept that but here, after hours of practice, I found I could take the same corner at the same speed and have two different outcomes. This made the game unbelievably frustrating. Then I found the Rewind button.

In Ride 3 there is the function for a rewind which is utilised via the R1 button. This means that when you inevitably fall off you are able to rewind gameplay between 10 and 20 seconds and have another attempt at the troublesome section. Initially, I enjoyed this feature and it will certainly open the game up to a more novice audience. However, there are no limits on the number of times you can perform this action in any race. This single function essentially removed any challenge from the game and after the initial novelty wore off I was left feeling empty. Even the falls that were my fault I could retry and before long the lack of any real challenge or desire to improve as a player told. I have to confess that I turned the game off and played something else.

View some Ride 3 screenshots in our gallery:

One of the major positives in Ride 3 is the ability to customise your bike depending not only on the track but on the conditions. This means that there is a real sense of trying to improve and learn about how the world of Moto GP works. This is supplemented by the use of a seemingly endless well of facts, trivia and figures that you are shown as each race loads. After only a short time of playing and losing badly in each race you learn how important it is to customise appropriately and to apply upgrades. This does take the game to a different level from its predecessors and means that, in much the same way as other sports simulators, you can build a sense of achievement and work toward the set of goals the game sets for you. In this area Milestone have done an incredible job.

Overall, Ride 3 is a solid entry into the world of motorbike racing. At times the graphics are stunning, at others they look as though they would be better suited to a previous generation console. The physics are frustrating and I can only assume that Milestone knew this and that is why there is no limit on the number of rewinds per race. As you customise your bikes and get your career out of the starting blocks there is something satisfying about making progress. It feels as though Ride 3 doesn’t quite know what it wants to be; sometimes it feels as though it were made for the mass market, at others as though you’d need an in depth knowledge of motorsport to make headway. As I said at the beginning of this review, Ride 3 sits in the middle of the motorbike racers I have played. I didn’t know what to expect and by the end I was suitably confused as to what I thought of the game overall. I’d say if you’re into motorsport this is worth a look, otherwise, stick with MotoGP 18.

Ride 3 was reviewed using a digital code supplied by the publisher.

Advertisement. Scroll to continue reading.
In this article:Milestone, PS4, Ride 3, Xbox One